Not Sadulaev but Hassan Yazdani is world’s most popular freestyle wrestler: UWW Survey 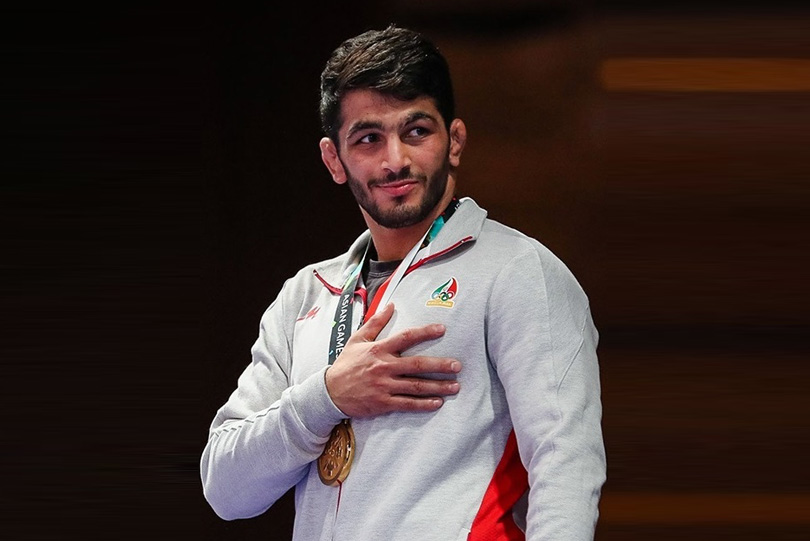 According to a poll by United World Wrestling (UWW) on Thursday announced that Iran’s Hassan Yazdani was the most the popular freestyle wrestler in the world. The poll was held on Instagram in which 16 wrestlers – eight current and eight from previous generations – were pitted against each other in a knockout format. In the finals, the Iranian wrestler was up against Russia’s Abdulrashid Sadulaev.

In the first round he was against Valentin Yordanov, the world lightweight wrestling genius who has eight world and Olympic gold medals in his record.

Yazdani then defeated Taha Akgul of Turkey, the holder of two world gold medals and one Olympic gold medal, and made it to the top four in the poll.

In the semi-finals, Yazdani won with more votes against Buvaisar Saitiev, the world wrestling great from Russia, who has 3 Olympic gold medals and 6 world gold medals in his showcase and reached the final.

On the other hand, Abdulrashid Sadulaev, nicknamed the Russian tank, who has world and Olympic gold medals, marched into the finals after defeating the likes of John Smith, Jordan Burroughs and Italian Cuban wrestler Frank Chamizo.

In the final poll of this virtual contest, Yazdani won with 54% of the votes (more than 50,000 votes) against Sadalaev.

Yazdani is an Olympic and World Champion in freestyle wrestling in two weight categories. He became Olympic champion in the 74kg category at the 2016 Summer Olympics after defeating Russian wrestler Aniuar Geduev in the final. The following year he became World Champion at the 2017 World Wrestling Championships in the men’s Men’s freestyle 86 kg category. He won his second world title at the 2019 World Wrestling Championships in Kazakhstan.