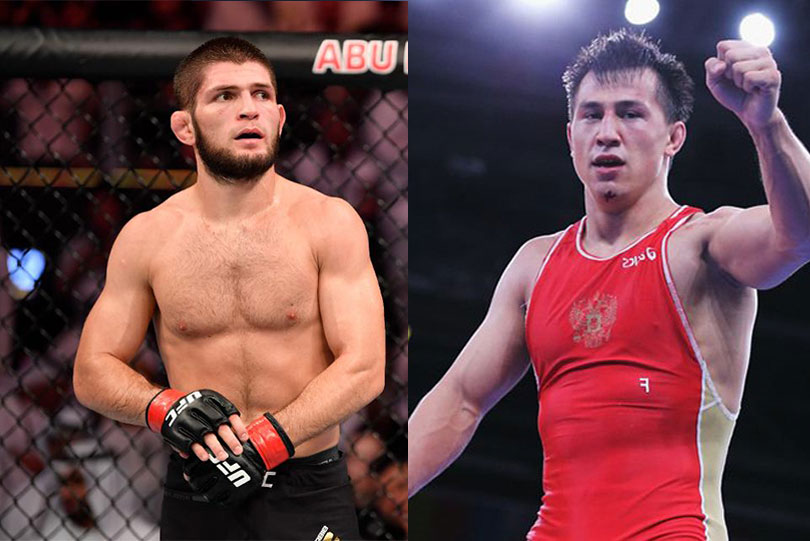 Khabib Nurmagomedov on Sunday, left the entire sporting world in shock after he announced his retirement after successfully defending his UFC lightweight championship. Fans and athletes from across the world quickly took to social media to react to the unprecedented news. Khabib’s close friends and Olympic champion wrestlers Roman Vlasov and Abdulrashid Sadulaev too reacted on it. Both the wrestlers congratulated the UFC champion for the win and supported his decision to leave his gloves at the centre of the octagon.

Khabib had defended his lightweight championship successfully against Justin Gaethje to take his undefeated streak to 29-0. After the match he said: “It was my last fight. There’s no way I’m going to come here without my father,” adding that his mother did not want him to fight. “She didn’t want me to fight without father, but I promised her it was going to be my last fight, and if I give my word, I have to follow this”. Khabib defeated Gaethje with a triangle choke to defend his UFC title for the third time.

Vlasov took to Instagram and wrote: “All with a victory !!! Man, Khabib! Great champion. You made history again. A little bit of patience remains”. Vlasov and Khabib have long been close friends for and both address each other as brothers.

The 31-year-old hails from the wrestling mecca of the world “Dagestan” and is known for his grappling and ground fighting in the octagon. His Dagestani fellow and world wrestling champion Sadulaev too congratulated him on Instagram and wrote: “Dagestan is proud of you, brother. Congratulations on your confident victories!”

Who are the main contenders for UFC’s Lightweight title?

With Khabib gone, the lightweight championship is now vacant. There are five MMA fighters who will be throwing their hat in the fray for the title. Justin Gaethje is most likely the No.1 to be the contender for it. Others fighters who will be vying their chances are Michael Chandler, Tony Ferguson, Daniel Cormier and Conor McGregor.