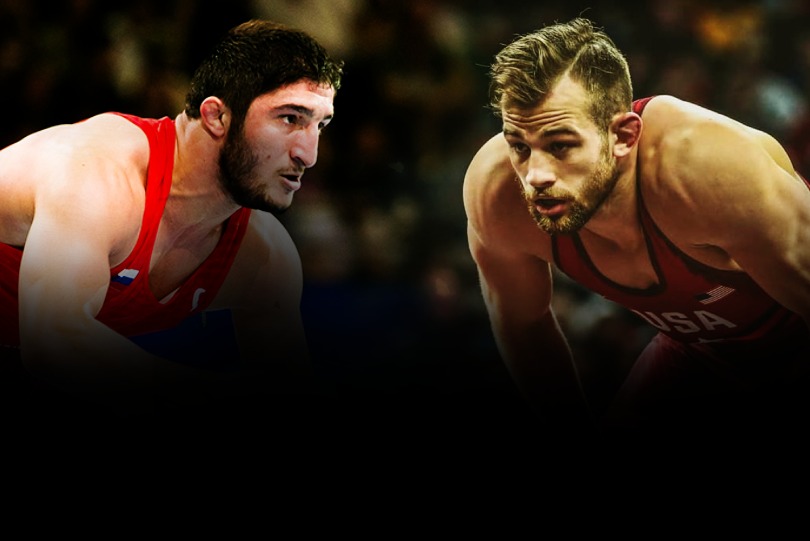 July 27, 2020 0Comments 604Views 1Like
After winning the exhibition match against Martin Miles, 2018 world champion David Taylor has challenged Russia’s Olympic gold medallist Abdulrashid Sadulaev for a wrestling bout. The USA wrestler after his match took to Instagram and wrote, “Thanks @flowrestling for the opportunity to compete! Let’s do this dance again. I stand by what I said. @sadulaev_abdulrashid let’s find a catchweight and scrap”.

Thanks @flowrestling for the opportunity to compete! Let’s do this dance again. I stand by what I said. @sadulaev_abdulrashid let’s find a catch weight and scrap.

The Dagestan-native was quick to respond to the challenge. He then on Twitter wrote, “Okay, you swung, guy @magicman_psu Eat and train, then maybe I’ll see you in the fall,” hinting for a possible match in autumn.

Here is profile of both the wrestlers:
David Taylor:

Taylor is currently 105-15 in his freestyle career and is one of the most decorated wrestlers in the United States. Taylor was a gold medalist at the 2018 World Championships and also captured gold at the 2018 and ‘19 Pan Am Championships. 2018 was also the year Taylor captured a gold medal at the elite Golden Grand Prix Ivan Yarygin tournament.

The young 23-year-old will be looking for his second Olympic title in 2021. Nobody has been more dominant in the past five years than the Russian tank. The armour has been uncrackable with 15 shut out wins at world championship competition. He has locked up the number one seed for the upcoming Olympic Games.