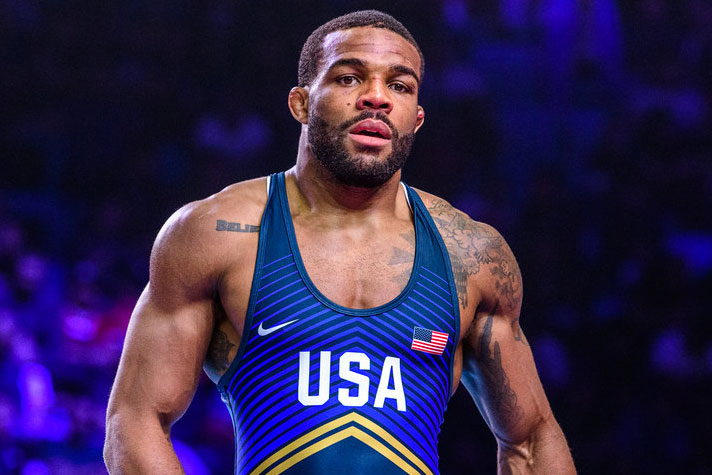 Olympic gold medallist Jordan Burroughs has been named amongst the fittest athletes in the world by Sports Illustrated. Ranked eighth in the list of 50 sportspersons, he is the only wrestler in top 10s.

That makes Burroughs the fittest among wrestlers across the globe. The American wrestler competes in the 74kg category and is an Olympic champion.

The Sports magazine has made the list of fittest 50 athletes with the help of a panel of trainers, performance experts and exercise physiologists. The games players were chosen based on their performance over the last 12 months.

The panellist focussed on various aspects of an athlete such as demands and risks of their respective sports, durability, and training regimens.

They also focussed on the physical characteristics like power, speed, strength, agility, endurance and flexibility.

So what’s the secret recipe of Burroughs’ fitness? In an interview with Gillette, he had talked about his preparation for the 2012 Olympics and the challenges he faced during it. He talked about how he trained himself mentally and what kind of lifestyle he followed for the Games.

“The basic challenge for me while preparing for Olympic wrestling was to remain focussed. Playing at the Olympics was the pinnacle of my wrestling career and the first thing I did was adapt to a healthier lifestyle. To compete at the highest level of the sport it is necessary to be best condition physically and mentally and a healthy lifestyle helps in achieving that goal.”

Burroughs’ first international title came at the 2011 World Championships held at Istanbul. Burroughs won gold in the 74kg freestyle wrestling. He became world champion in 2013, 2015 and 2017, and bagged a bronze at the 2014 and 2018 world championships.

The American also won a gold at the 2012 Summer Olympics but could not replicate his performance in 2016 Rio Games. He was placed ninth in the competition and has been on a lookout for another Olympic medal since then.

Burroughs finished with a bronze at the 2018 World Championships and is now working toward the Tokyo Olympics 2020. The wrestler is working on new techniques and focusing on building explosiveness and get less bulky, reported Sports Illustrated.