On this day in 2019, Vinesh Phogat locked Tokyo Olympics berth with maiden bronze at World 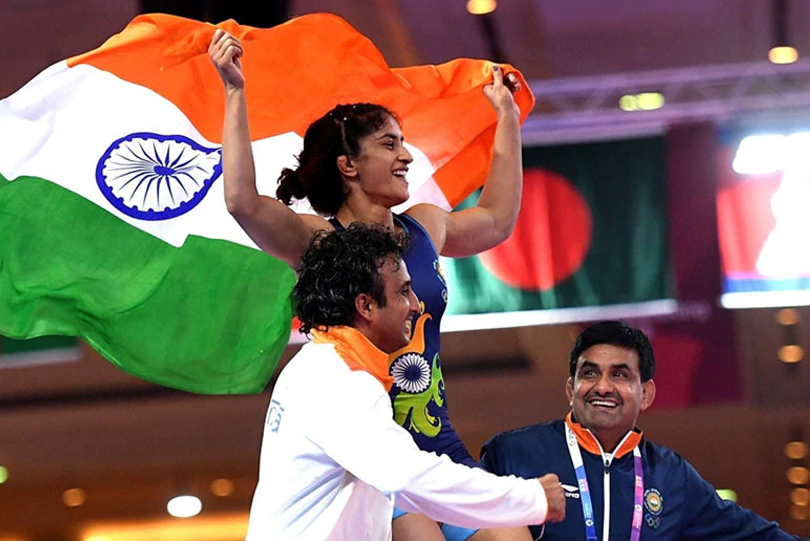 Wrestling News: It finally happened. Vinesh Phogat had finally booked the Tokyo berth after winning maiden bronze at the Nur-Sultan World Championship in Nur-Sultan. The medal-finish was special in more than one ways. First, it was her first big tournament after moving up to 53kg from her previous 48kg. Second, she had escaped the mental pressure of Olympics qualifications by the podium finish.

Here is how the action unfurled

Having endured a medal-less run in three world championships before, Phogat finally ended the drought by pinning Maria Prevolaraki to win by fall. “It is my first World Championship medal and it is a big thing to win a medal at the Worlds,” Vinesh said. “I had changed my weight category and in just 10 months, I got this medal. It is a thing of great happiness for me. It is the biggest medal of my career till now.”

The 25-year-old Indian lost a point for passivity after Maria, the two-time medallist, suffered a cut on her face at the beginning of the bout. Phogat made two moves but Maria defended well to keep the narrow lead at the break. Maria forced standing wrestling, locking Phogat. The Indian attempted a double leg attack but Maria defended well. The Greek then put pressure on the Indian by grabbing her right leg.

Moments after Maria received treatment on her wound for a second time, Phogat pulled off a four-point throw and kept her on the ground to complete the win by fall.

Earlier in the day, she had held off world number one Sarah Ann Hildebrandt with some superlative defence in her second repechage round to qualify for the 2020 Olympics. The wrestler is now one of India’s most successful wrestlers with gold medals at the Commonwealth Games and the Asian Games, already in her cupboard.

Plans for the Tokyo Olympics

Given the tragic circumstances of her exit from the 2016 Olympics, the stakes will be high for her to serve up a fitting comeback story in Tokyo next year.

She is currently training in her village with her Hungarian coach Woller Akos guiding her via WhatsApp. Phogat is also the first Indian woman wrestler to qualify for two Olympics, and the first to do so from the Worlds stage. She will be one of the favourites for a podium finish in the lightweight category.