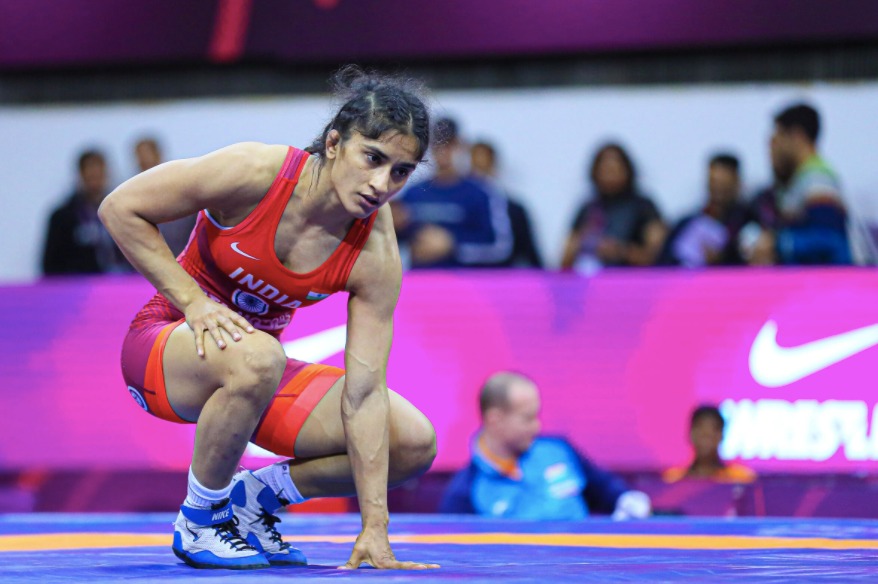 Poland Open Rankings Series: India’s golden girl Vinesh Phogat will eye for her third gold of the year as she gets ready for the Poland Open Ranking Series. It is the last ranking series before the Tokyo Olympics and will be a good testing ground for Vinesh Phogat. The 26-year-old world medalist and Asian Champ will headline the 12-woman bracket of the Poland Open which will start from June 8. While top wrestlers of her weight class such as Mayu Mukaida (JAP), Jacarra Winchester (USA), and Pang Qianyu (CHN) have decided to skip the event, she will face a stiff challenge from European medalists  Annika Wendle (GER), Roksana Marta Zasina (POL), world medalist Ekaterina Poleshchuk (RUS).

Poland Open Rankings Series: Here is all you need to know about Vinesh Phogat’s 3 challengers in Poland Open

Annika Wendle (GER): The 24-year-old missed out on Tokyo Olympic Qualification after she finished ninth at the European Qualifiers in May. She would like to overcome that disappointment and draw confidence from her European Championships bronze medal-winning performance when she steps on the mat at Warsaw. Annika Wendle is a two-time European medalist and also finished second at the Individual World Cup help last year.

Roksana Marta Zasina (POL): Zasina will be the home favourite at the Poland Open. She has been a dominant force in Europe in 55kg (a non-Olympic weight category). The Polish wrestler is the European and Individual world cup silver medalist. In 2017, she won a bronze medal at the World Championship

How is Vinesh Phogat preparing for Poland Open and Tokyo Olympics?

Vinesh Phogat is currently training in Budapest with her coach Woller Akos. She will leave for Warsaw on June 9. Her coach says, they are focusing on the basics and also adding some new ground techniques. “I would like a new technique on the ground but first I need her basic techniques to come back,” he said.

“We are lucky because she has qualified. We have more time for preparation. Until the Olympics, we build the preparation that way we have only one main competition. The others only prepare for competitions. These competitions will help us for the top performance in Tokyo!!! She knows this and understands this!!!” he concluded.