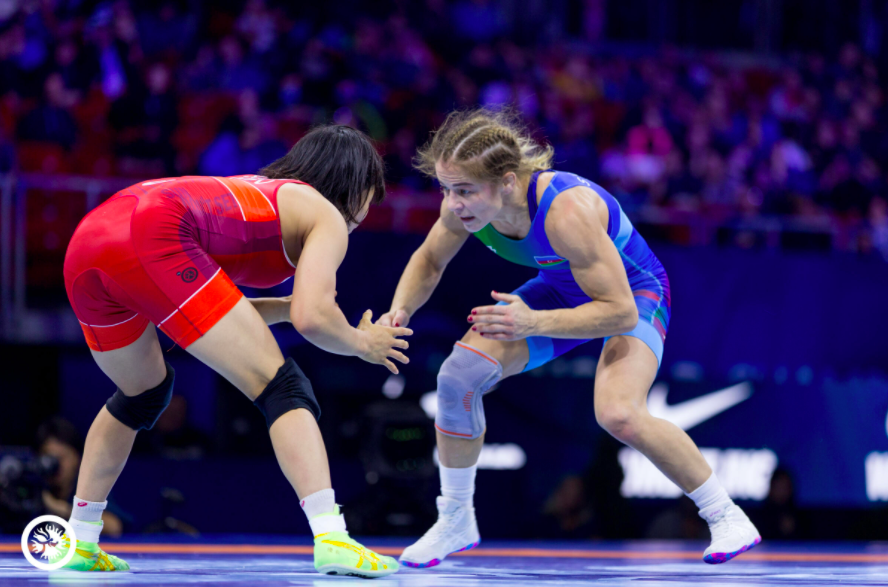 Poland Open Wrestling 2021 Ranking Series: After a one year delay, the Tokyo Olympics are almost here. With just 47 days to go, athletes across the world are participating in international events to check where they stand and work on their shortcomings. Wrestlers will also be travelling to Poland for the last ranking series of this Olympic cycle to put their skills to the test. The Women Wrestling will be the highlight of this year’s Poland Open 2021 Wrestling 2021 Ranking Series which will start from June 8. Here are five women wrestlers to keep an eye on.

Mariya Stadnik will be one of the favourites to win gold at the Tokyo Olympics. The Azerbaijan wrestler is one of the finest wrestlers to ever step on the mat. Running on a three-tournament winning streak, Stadnik is a three-time Olympic medalist. She has won two silver and one bronze and is now in the hunt for her maiden gold at the grandest stage of all. A first-place finish in Poland would help her make significant gains in the UWW rankings. It will help her get a draw at the Summer Games. Her biggest competition will be Emilia Alina Vic of Romania.

The Indian wrestling queen is one of the heavyweights in 53kg alongside the likes Mayu Mukaida of Japan, Jacarra Winchester of The USA, Sofia Mattsson of Sweden, Pang Qianyu of China and Maria Prevolaraki of Greece. Vinesh was one of the medal contenders in 2016 but a freak knee injury ended her Olympic campaign. The Haryana-born says she is more experienced and mature as she gears up for the final showdown. With majority of big names missing out of the tournament, it will be an easy ride for her.

The Olympic champion has alot to prove at Poland Open before she gears up for the Tokyo Olympics. The 30-year-old has will headline the loaded 17-woman 57kg bracket. She will have the opportunity to lace up her boots against the world’s best at 57kg – including Olympic runner-up Valeria Koblova (RUS) and world medalist Iryna Kurachkina (BLR) and Odunayo Adekuoroye (NGR).  She’ll also have to get through a slew of continental champions, including Asian champ Anshu Malik (IND).

The all conquering world champion Aisuluu Tynbekova will once again be the favourites in a strong 12-woman 62kg bracket. She will vying for her fifth straight gold. Her biggest challenge would be Tokyo Olympic bound- Lais Nunes de Oliveira (BRA).

The 29-year-old, mother of one capped off a successful comeback season in 2019, capturing her second world title in her first since 2015 in which she won gold in Nur-Sultan. The 2012 Olympic gold medallist and Rio Games silver medallist has her sight set at the third Olympic medal when the quadrennial tournament arrives in Tokyo in 2021.