Poland Open Wrestling 2021 Ranking Series Day 1: Eyes on Deepak Punia in his first competition of 2021, 5 big names to keep a track of 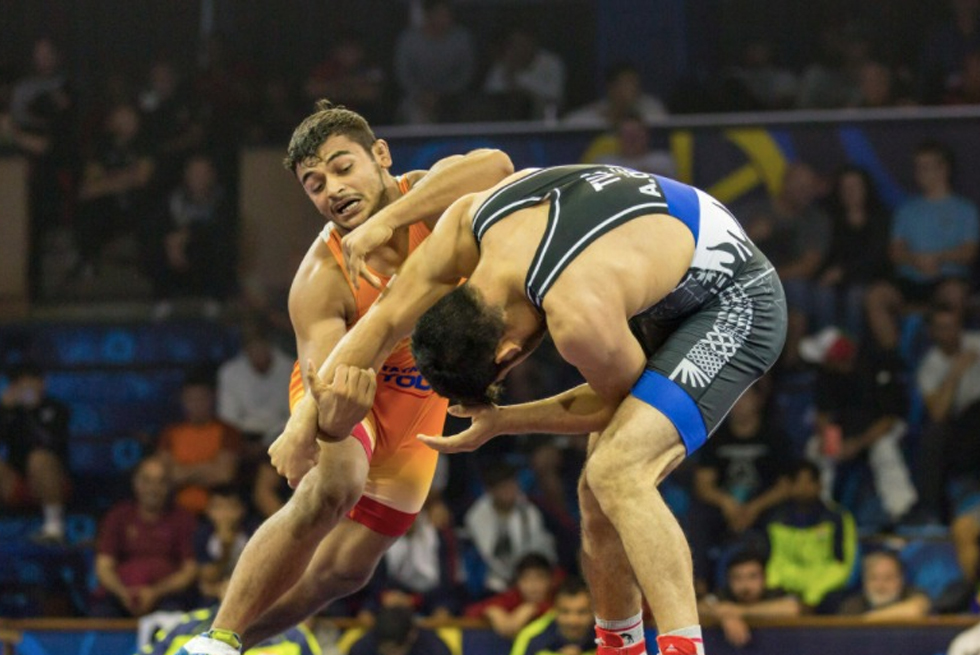 Poland Open Wrestling 2021 Ranking Series Day 1: India will begin its campaign at the Poland Open from Tuesday (today) as Deepak Punia will start as a favourite in the depleted 86kg weight category. This will be his first competition of 2021, and therefore would like to end the competition on a high note. A total of 30 Olympians have entered the final major international competition of this Olympic cycle. On Day 1, three of them including  Deepak Punia will be seen in action. Here are five big names to keep an eye on.

With Ravi Dahiya, Nurislam Sanayev participating in 61kg, Stevan Andria Micic of Serbia will be the favourite to clinch the title in the depleted 57kg weight category. The Serb is the Junior world medalist and three-time European medalist. His challenger from the 7-man bracket will be two-time Pan American Championship medalist Oscar Eduardo Tigreros Urbano of Colombia.

Haji Aliev of Azerbaijan is one of the favourites to grab an Olympic medal in Tokyo in Bajrang Punia’s weight category, 65kg. But since there is no pressure of cutting weight, he has decided to compete in the 70 kg, a non-Olympic weight division. Aliev is a four-time European medalist and the 2017 world champion.

With no David Taylor (USA) and Hassan Yazdani (IRN), Deepak Punia will take the spotlight in the 86kg weight class. This will be his first tournament of the year and second since the 2020 Asian Championship. Poland Open will be a crucial stage for him to return to competition mode ahead of Tokyo Olympics.

The return and recent emergence of Mohammad Hossein Askari have put the 97kg freestyle title up for grabs. For the last five years, the 97kg weight division has been a battleground for two Olympic Champions, Abdulrashid Sadulaev of Russia and Kyle Snyder of the USA. But after Askari pinned Snyder at the 2020 Rome Rankings Series, it became a three-way warzone. He will be the favourite to win his fifth gold medal since his comeback after a doping ban.

He will be Askari’s top challenger for the title finish in Poland. The 2012 Olympic Champion has not played any major international tournament since the 2019 World Championship where he won the silver medal. It would be a good testing ground for him ahead of the Tokyo Olympics.