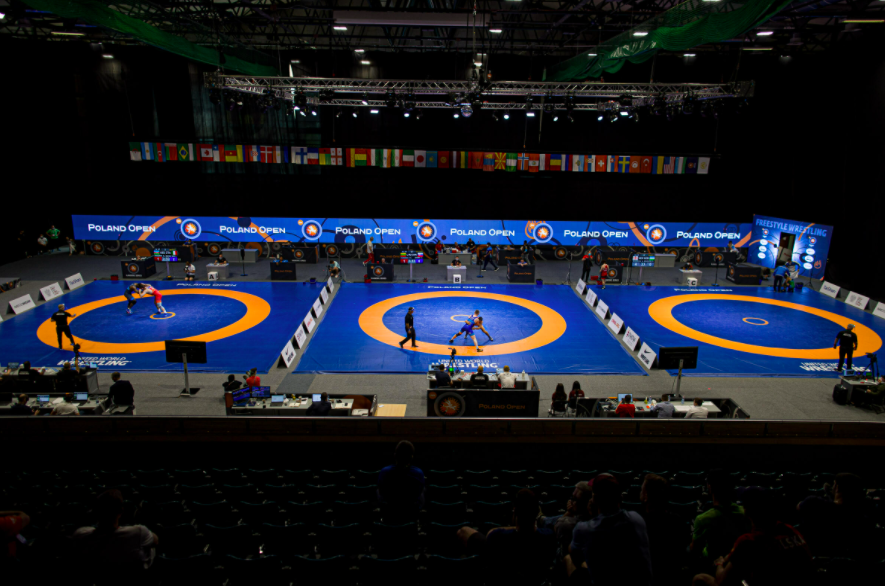 Having already locked up the top seed for Tokyo Olympics, Frank CHAMIZO (ITA) landed in Warsaw with a single goal of getting into wrestling form before the Games.

By the end of the day, he cemented his spot as the top-seeded wrestler at 74kg at the Olympic Games after winning Ranking Series silver, forfeiting the 74kg final on Wednesday.

The two-time world champion came into the Poland Open with a two-point advantage (62 points) over fellow two-time world gold medalist Zaurbek SIDAKOV (RUS). Despite settling for the silver medal on Wednesday, Chamizo collected 14 points Ranking Series points and sits atop the Tokyo ranks with 76 points.

“I wrestled three matches, and in the last one, it was getting a little hard on my shoulder,” Chamizo said. “I didn’t wrestle the final because I am number one in the rankings and I have a lot of points. So next stop is Olympics.”

Perhaps it was the shoulder that was stopping him from going all out on Wednesday as he had close wins — especially the semifinal. His Ukrainian opponent Semen RADULOV rallied back to score four points in the final minute after trailing 5-0. But Chamizo hung on for the win.

“I am chilling. I don’t want to get hurt, do something wrong because Olympics is so close,” he said. “I want to take care of myself. Poland Open is not tough level so I was going easy.”

The next stop for the Italian will be Tokyo and he doesn’t want to leave any stone unturned going into the second Games of his career.

“I am trying to getting better physically. I want to breathe better, like a Ferrari. Consistent and training hard and trying to get to the top in my training. I can’t wait to be at the Olympics. It’s a big moment and I want to live my dream. I am going to try and fight for my medal,” he said.