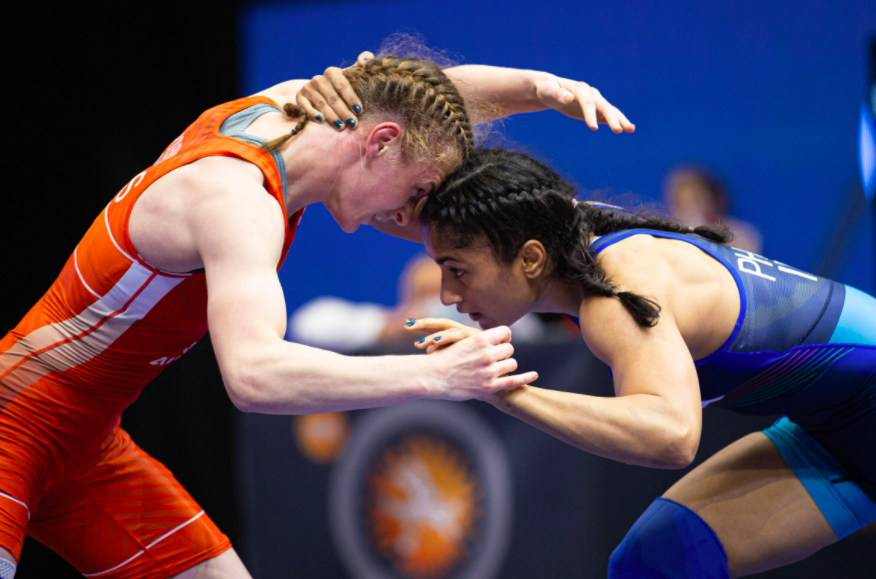 Wrestling at Tokyo Olympics may be 50 days away but Warsaw witnessed a mini-Olympics at the Poland Open as eight out of the 16 qualified women’s wrestlers were in action at the 68kg on Friday.

The final ranking series event saw wrestlers eyeing to earn the points to improve their seeds for the Tokyo Games. But with 50 percent wrestling, there was no change in the seeding at the end.

Vinesh quickly dialed in and found her distance in the gold medal match against Khrystyna BEREZA (UKR). She struck twice on open double legs and commanded the comfortable 4-0 opening-period lead. In the closing frame, she used a counter-offensive quarter nelson to expose Bereza before adding one last takedown for good measures for the 8-0 win.

The win takes her to 69 points in the seeding while Pak will be at 60. Mukaida will be at third with 55 points. Luisa Elizabeth VALVERDE MELENDRES (ECU) will claim the fourth spot with 50 points.

The home country also had a lot to cheer about as Anhelina LYSAK (POL) gave it a gold medal after whipping over Yuliia LISOVSKA (UKR) in the finals for the fall. Lysak’s Ukrainian opponent shot a head outside single when she was put on the activity clock.