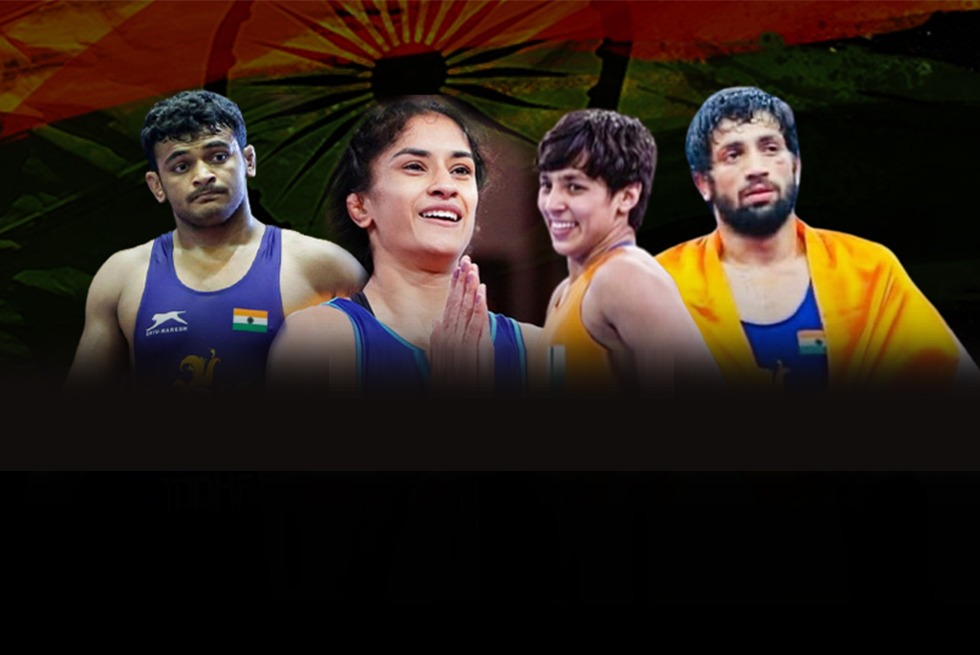 Poland Open Wrestling 2021 Ranking Series Preview: The Vinesh Phogat-led Indian team will make Warsaw their new testing ground in the upcoming Poland Open Ranking Series. It will be the last major international event before the Tokyo Olympics and will be a good chance for India’s Tokyo-bound athlete to assess their progress. A total of 30 Olympians will be entering the competition across three disciplines — Greco Roman, Freestyle, and Women’s Wrestling. Vinesh Phogat (53kg), Anshu Malik (57kg), Ravi Dahiya (57kg) and Deepak Punia (86kg) will be the four representatives for India.

Ravi Dahiya has decided to compete in the non-Olympic weight category for the Poland Open. And he is not alone. A majority of 57kg heavyweights like two times world-medalist Nurislam Sanayev of Kazakhstan, and former Asian Champ Rez Ahmadali Atrinagharchi of Iran have moved up in the division. Ravi will headline the 6-man 61kg bracket. The two-time Asian Champion had a poor start in his first competition post-Covid lockdown. He finished 18th at the Individual World Cup last year. However, he shook off the rustiness at the Asian Championship in Almaty and successfully defended his Asian title.

It will be a crucial competition for Deepak Punia. The 22-year-old is in dire need of competitions ahead of his maiden Olympics. Since Asian Championship in 2021, where he won the gold medal, Deepak Punia has competed just once. At the 2020 Individual World Cup, he was knocked out and finished fifth. The Haryana wrestler skipped Rome Ranking Series and Asian Championship. But it won’t be an easy road. Although the two heavyweights of 86kg, David Taylor and Hassan Yazdani, missing, the 11-man bracket is packed with Continental medalists. His biggest challengers would be Tokyo Olympic-bound Fateh Benferdjallah (ALG) and 2017 Junior world championship silver medalist Zahid Valencia (USA).

Vinesh Phogat is India’s best hope for an Olympic medal in wrestling and the Poland Open will. be important to her preparations. The 53g bracket for Tokyo Olympics is packed with the finest wrestlers in the world and Vinesh Phogat is one of them. However, her struggles against Mayu Mukaida and the unknown skills of Jacarra Winchester can cost her dearly. That is where the Poland Open comes. She will get a chance to put her newly learnt skills to the test and fine-tune them before taking the flight to Tokyo. Although a depleted group, she will face some challenge European medalists  Annika Wendle (GER), Roksana Marta Zasina (POL), world medalist Ekaterina Poleshchuk (RUS).

Amongst the four Indian wrestlers, the young Anshu has the toughest group. The 57kg will be a battleground with world medalists, continental medalists and two Olympic medalists all coming together to finish at the top of the podium. Olympic Champion Helen Maroulis will headline the 17-woman bracket, which will also feature Olympic runner-up Valeria Koblova (RUS) and world medalist Iryna Kurachkina (BLR) and Odunayo Adekuoroya (NGR) to name a few. However, given Anshu’s form at the senior level, she will certainly be one of the favourites for a medal finish.