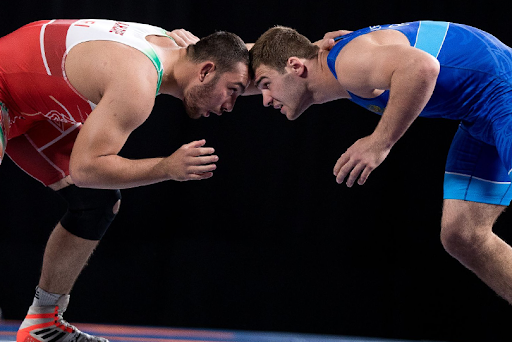 Dark cloud loom over ‘Project restart’ as two more wrestlers tested positive for COVID-19. Two members of the Hungarian women’s wrestling team took part in an event with their clubmates during a training break, after which the experienced mild symptoms suggestive of coronavirus.

After their test came back positive, they were quarantined in their home as per the precautionary measure against the disease. The Hungarian Wrestling Association (MBSZ) performed over thirty tests on other wrestlers, which came back negative. Earlier, four members of the Hungarian wrestling team last week tested positive for COVID-19. The wrestler had also taken part in an event in August after which they showed slight symptoms of the virus. When tested, four of them were tested positive and have been home quarantined in compliance with all epidemiological regulations.

However, this poses a big question which needs to be addressed before the world championship — “Can wrestling be resumed without any risk?” Unlike many other sports, wrestling is a pure contact sports which puts every wrestler at high risk.

Earlier, India which has resumed its men’s national camp reported four positive cases. World medallists Deepak Punia and Rahul Aware along with Krishan Saroha and Navin were tested positive during their quarantine period. While Punia, Saroha and Navin have been discharged and put under home-quarantine, Aware is still in hospital.

Vinesh Phogat was the first Indian wrestler who came back positive ahead of national sports day in which she was to be honoured with Khel Ratna award.