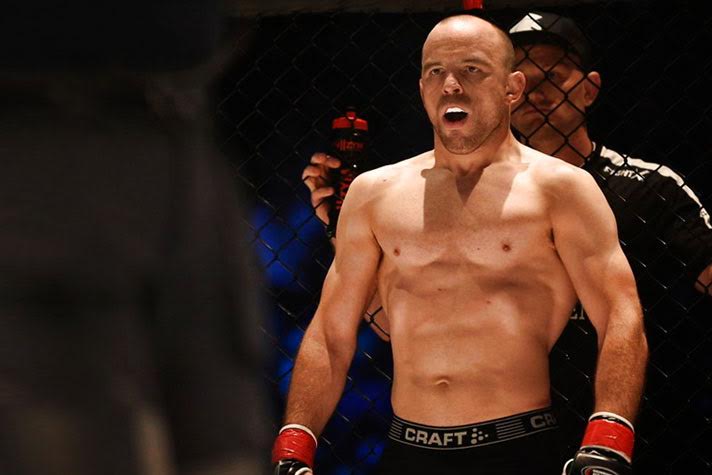 Mark O. Madsen, the 35-year old is a three-time Olympian in Greco-Roman wrestling and silver medallist at the Rio Olympics in 2016 is ready to make his debut at UFC. He is the first Danish wrestler since 1948 to earn a medal at the Olympics and was a four-time medalist at the World Wrestling Championships. Despite making a name for himself in the wrestling world, he is ready to risk it all for a shot in the UFC. The promotions company signed him last August, and he is scheduled to make his debut against Danilo Belluardo in the co-main event of UFC Fight Night, this Saturday in Copenhagen.

This isn’t the first time a wrestler has joined the UFC. Before Madsen, Henry Cejudo, the 2008 Beijing gold medallist and Olympian Daniel Cormier joined UFC ring from the wrestling mat. Both of them have earned belts under the UFC banner, their undisputed wrestling skill has been instrumental in their fighting success.

“I know my age is higher than it was when I started wrestling, but my goal from the beginning was to join the UFC,” Madsen told ESPN. “My wife and I quit our jobs to make a run at this. I’ve been travelling four to five times per week the last 18 months, sleeping in a camper because there are no MMA clubs in my area of the country.”

In 2018, Madsen announced his retirement and confirmed he would be fighting towards a spot in the UFC’s lightweight division. Within that short timeframe, the Danish has secured 6 wins and achieved his goal of signing to the UFC. He will be making his official MMA transition this weekend accompanied by Martin Kampmann, one of the most established Danish fighters of all time. He fought within the UFC from 2006 to 2013 and has been spearheading Madsen’s training.

“Getting signed by the UFC might be the most gratifying moment in my athletic life,” Madsen said. “Even more than winning a silver medal.”

Catch Madsen in action at UFC Fight Night on ESPN+