Rome Ranking series: Top 5 Indians to watch out for at Matteo Pellicone 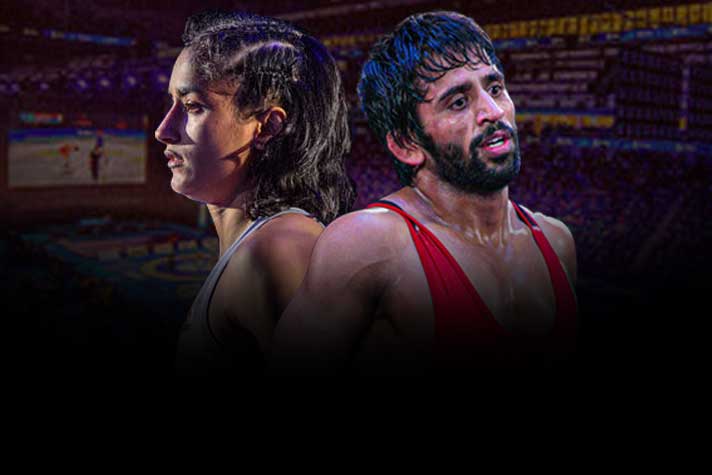 With Olympics preparations in mind, the Wrestling Federation of India (WFI) has sent a strong contingent in Freestyle and Greco Roman. Bajrang Punia, India’s best bet in Tokyo, will lead the team in the 65-kg category while Vinesh Phogat will lead women’s challenge in women’s 53kg section. InsideSport has curated a list of Top-5 wrestlers to watch out for in the tournament that will be India’s first international competition of 2021.

Bajrang Punia (65kg Freestyle): A lot of eyes will be on Bajrang Punia, who is the World No 2 in the 65-kg UWW World Rankings. A win in Rome would propel him to the top spot. But more importantly, it will be Punia’s first international competition since the Asian Championship last year where he had to be satisfied with a silver medal. A winner of the Matteo Pellicone last time, Punia, who has decided to take some time off of social media to concentrate on Olympics preparations, will look to get going and spur with some world-class wrestlers.

Narsingh Yadav (74kg Freestyle): After making a comeback to international wrestling following a four-year doping suspension, Narsingh Yadav would be eager to silence his critics. In the World Cup in December, Yadav did not have a good outing, losing in the qualification round. But the former Commonwealth Games gold medalist will look to put that behind and set the records straight with a good performance in Rome.

Vinesh Phogat (53kg women’s wrestling): India’s other Olympics medal hopeful is Vinesh Phogat, who has flirted with the World No 1 rank in women’s 53-kg weight category. Currently, ranked third in the world, Phogat will be eager to cast the disappointments out of missing out on gold in the Asian Championship last year.

Sakshi Malik (62kg women’s wrestling): The Rio Olympics bronze medalist has not lived up to the expectations in the last few years, failing to win a medal in the Asian Games and World Championship. But she is on a comeback trail with a silver medal at the Asian Championship last year. Although she did not do well in the World Cup late last year, she is eager to hit her top form and secure a place in the Tokyo 2020 contingent.

Sunil Kumar (87kg Greco-Roman): Although Greco-Roman style is not India’s strong suit, Sunil Kumar has been proving everyone wrong. The 22-year-old won the gold medal at the Asian Championship last year in the 87kg category and will look to improve on his Matteo Pellicone records where he finished ninth in the standings last season.