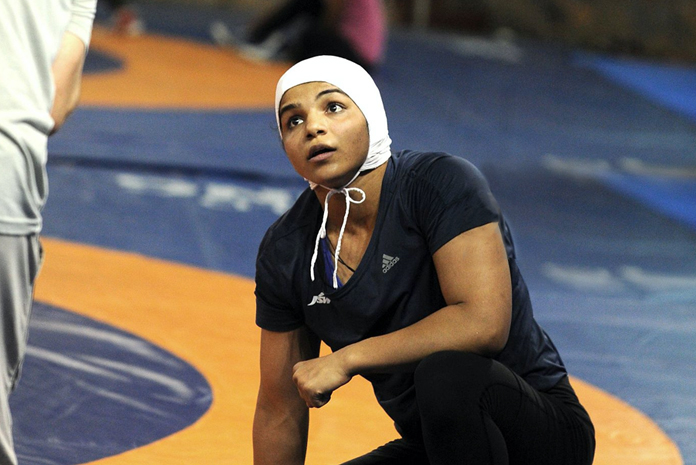 Only 12 wrestlers have reported at SAI Centre, Lucknow to join the women’s national camp which started from October 10. Wrestling Federation of India (WFI) had shortlisted 15 wrestlers in the Olympic weight class for the camp. However, three grapplers, Lalita (53kg), Sakshi Malik (62kg) and Nisha (68kg) are yet to join others.

According to Women’s head coach, Kuldeep Malik, the trio is expected to join them on October 25.

Meanwhile, all the 12 wrestlers who had assembled at SAI centre including Olympic qualifier Vinesh Phogat, have tested negative for coronavirus, clearing the decks for the resumption of training.

“All the wrestlers have tested negative. We will begin with light training from tomorrow. The focus will be on general fitness, gym training, running and exercise. The mat training will only start from next week (starting October 26),” Malik said.

Vinesh Phogat, the only woman wrestler to have qualified for next year’s Tokyo Olympics, had tested positive for COVID-19 just before the virtual national awards ceremony where she was to receive the prestigious ‘Khel Ratna’.

She later recovered and joined the national camp.

“The four missing wrestlers were to join from Tuesday but the Sports Authority of India and the Wrestling Federation of India have asked them to join from October 25,” he added.

The camp was postponed twice due to the coronavirus pandemic and will now continue till December 31.