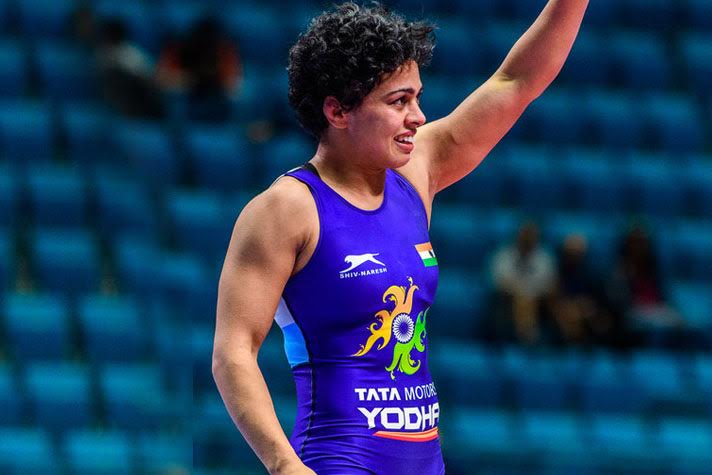 The 64th Senior Men, Freestyle and 22nd Women Senior National Wrestling Championship scheduled in Jalandhar from November 29 to December 1 is losing its sheen by the day. After pull-out of some of the top wrestlers now one of the India’s leading female wrestler Pooja Dhanda also has decided to skip the national championships.

Dhanda was suppose to play in the 57kg category at the nationals will miss the event. According to the 2018 world championship medallist, she will be missing the tournament because of injured knee.

“I will not be competing at the nationals as I am feeling little discomfort in my knee and currently on rehab” Pooja told WrestlingTV.

Pooja is eyeing spot for Tokyo 2020 in the 57kg category and will be preparing herself for the UWW ranking series event in Rome in January and Asian Olympic Qualifiers scheduled for March in China. Dhanda earlier competed in 59kg category of the 2019 world wrestling championships which was a non-olympic category. Before the world championships she lost out in a trial bout to Sarita More resulting in Dhanda moving to 59kg. But according to Haryana grappler she will move back to 57kg and attempt to qualify for the Tokyo 2020.

“Shift to 59kg was temporary. I will continue competing in 57kg and will go all out to qualify for Tokyo 2020” said Dhanda.

Earlier Bajrang Punia, Deepak Punia, Ravi Dhaiya and Sushil Kumar have also decided to give national a miss citing different reasons. But some of the elite female wrestlers including Vinesh Phogat (53kg) and Sakshi Malik (62kg) are set to participate at the India’s biggest wrestling (Kushti) championships.

Sakshi’s participation was confirmed by Kuldeep Malik, Railway Sports Promotion Board (RSPB) and India women’s national coach. “All top women wrestlers from Railways including Vinesh, Sakshi and Seema Bisla (50kg) will compete at the nationals”

Vinesh Phogat to WrestlingTV, ‘I will travel to Bulgaria for high altitude training’