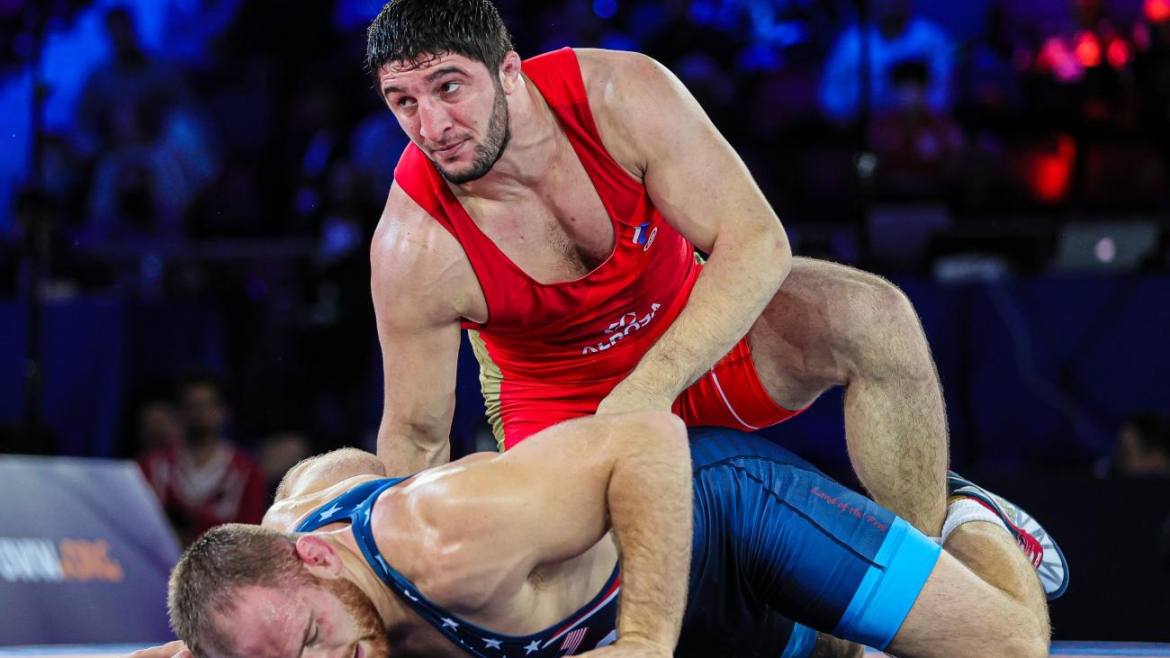 They had not wrestled each other for three years since that night in Budapest but now they faced each other twice in two months. Abdulrashid SADULAEV (RWF) and Kyle SNYDER (USA) put on a show at the Tokyo Olympics in August and this week in Oslo, Norway. Sadulaev, who lost to the American in 2017 Worlds, avenged that loss at the 2018 Budapest edition. A third bout was expected in Nursultan but Snyder lost in the semifinal while Sadulaev reached the final.

The 1-1 tie was broken in Tokyo, the sport’s grandest stage, when Sadulaev beat Snyder 7-0 to claim his second Olympic gold. So when the two met in Oslo, it was a question of Snyder keeping up with the Russian Tank or Sadulaev making it an one-sided affair.

He did become a five-time world champion when he beat Snyder 6-0 in the 97kg final and also led the Russian Wrestling Federation to yet another team title win at the World Championships. The fact that it came down to this bout to decide the title was history repeating itself. Back in 2017, it was the same case but Snyder then defeated a new-to-97kg Sadulaev and claimed the title for USA.

“Years of work pays off and thank God I won again,” Sadulaev said. “I always have tough matches with Snyder. I could barely get off the mat at the Olympics, today I was tired at the end, but everything went well.”

Sadulaev took some time to catch his breath after the bout in Tokyo and sat matside before finally leaving the arena. But in Oslo, his conditioning looked better and a change in strategy helped him pull off the win with ease.

“In Tokyo, I immediately began to attack, but here in the first period I decided to see what he would do,” he said. “I understood his tactics, and in the second period I did not let him take the lead.”