Sonam 3 & Sakshi Malik 0: How the teenager claimed stake at 62kg and moved closer to Olympic dream 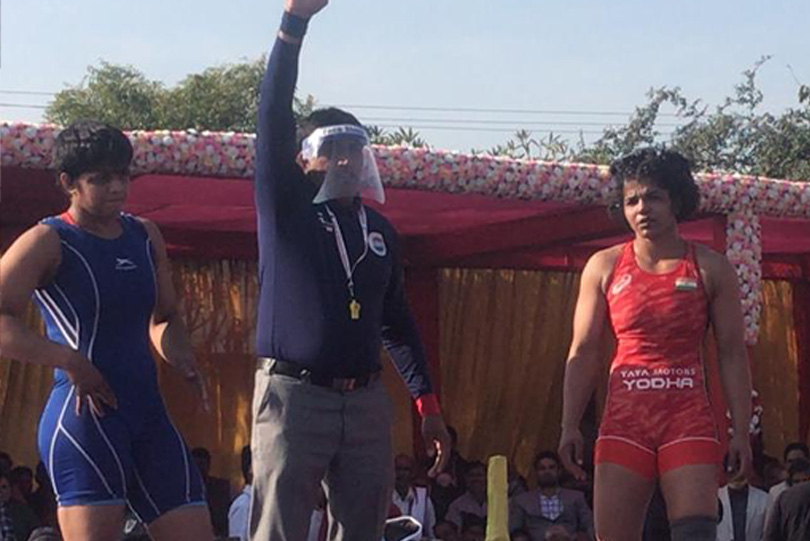 On Saturday, representing Haryana, Sonam Malik retained the top spot in 62kg by beating her arch-nemesis and India’s first Olympic medallist woman wrestler Sakshi Malik at the senior nationals in Agra. While the victory was special for the 18-year-old in many ways, it was a wake-up call for the veteran wrestler. It was the third straight win for Sonam against the 27-year-old. “The win was important for her. It has now given her more confidence ahead of the Tokyo Olympics,” her coach Ajmer Malik said. However, it took proper planning and mental conditioning to make this a reality.

Ever since a disappointing performance at the World Cup in Serbia last month, Sonam has been training hard for the Nationals and specifically to tackle Sakshi. Ajmer’s main focus was to bring the teenager out of her shell, which cost her crucial matches at the international stage, and start attacking from the first whistle. 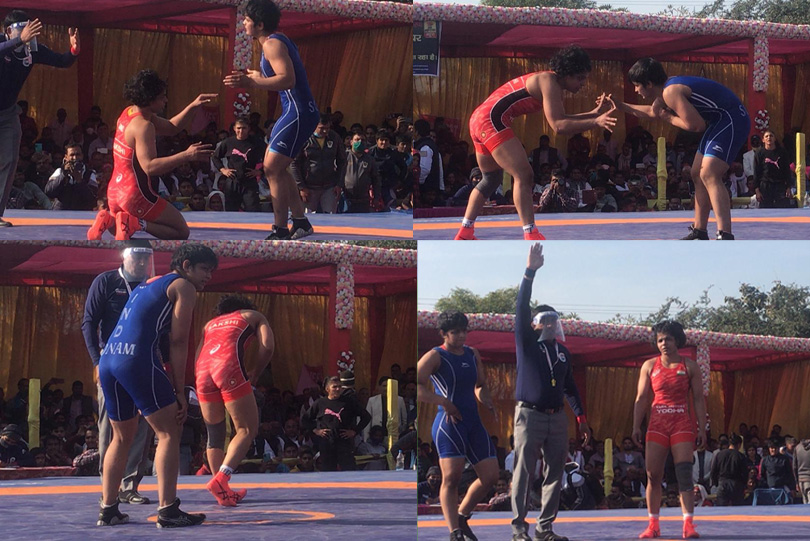 The personality change was quite evident throughout Sonam’s bouts. She did start slowly but eventually picked up the pace. She beat Manisha 3-2 in the quarterfinal. In the semifinal, the Haryana wrestler thrashed another 62kg heavyweight, Bhagyashree 11-0. Ajmer, who watched the matches on Youtube, said: “it was a slow process. She has always been a shy kid and therefore I had to push her every time during training. She fought like a tigress today. I am so proud of her”.

The Sonam versus Sakshi bout in women wrestling is equivalent to Narsingh Yadav versus Sushil Kumar in the men’s freestyle. While Sonam is the future of Indian wrestling, Sakshi is India’s one of the most decorated wrestlers. But the final was like a passing of the baton.

Sakshi had started on the front foot, scoring early points within the first minute. And while many thought Sonam lacked the vigour to claim victory for the third time, Ajmer said, it was all part of a bigger plan. Giving the analogy of how a tigress waits for a right moment before going for a kill, he excitedly revealed the plan. “Sonam was no more afraid of Sakshi. She was ready for the challenge. But Sakshi is an experienced wrestler and therefore we needed a plan.

“Earlier, Sonam would go for an attack but also leave many openings for her opponent to counter. So we decided that this time, we will attack only when it is time to attack. It was just like how a tiger hunts in the jungle”.

One step closer to Olympic dream

Sonam has earned the right compete at the Matteo Pellicone Rome Rankings, scheduled from March 4 to 7. After this she will compete for the place in the Indian squad for the Asian Olympic Qualifiers in April. Ajmer believes it is good for her as the more international competition she participate at, the more the better. “Our aim is the Olympics and the gold medal win is great news for us. We will now focus on the Rome Rankings, followed by the Qualifiers. It is one step at a time. She will return home soon and then we will discuss the further plans,” Ajmer concluded.