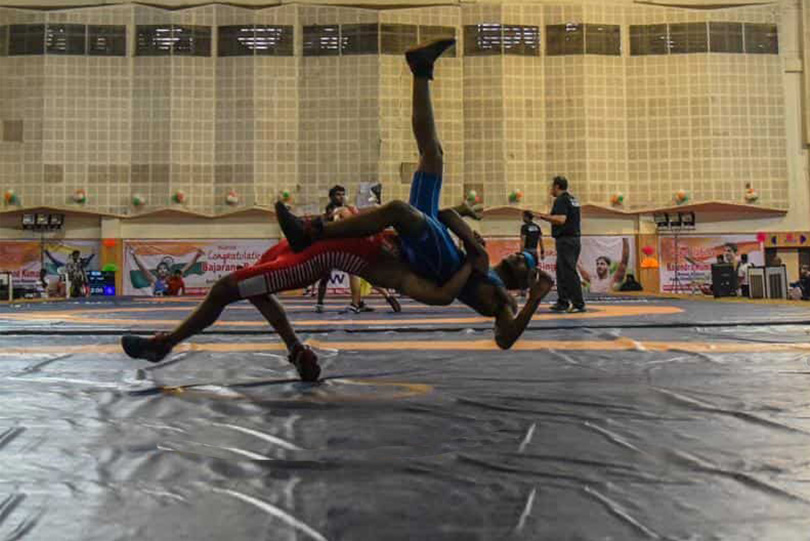 The state federations are all geared up to hold wrestling trials for the upcoming men’s nationals which will be the first wrestling competition in India since March. The trials in most states will be held in the first week of January. Wrestling Federation of India Secretary General VN Prasood said Kerala will be organising the trials on January 6 for the nationals. “The trials in Kerala are scheduled for January 6 as the last date to give entry for the men’s freestyle nationals is mid-January”.

The protocols for the trials will be in line with the latest SOP released by the Sports ministry and the template decided by WFI. The participants and their coaches have to submit a negative report from tests done within 72 hours of the competition.

Furthermore, the mats would be sanitized after each bout and barring wrestlers on the mat, everyone has to wear a mask at all times.

Meanwhile, the Haryana federation is planning to hold trials on January 8. However, the dates are yet to be confirmed. “We are planning to hold the state championship from January 8 to select wrestlers for the nationals,” Rajkumar Hooda, Secretary of Haryana Wrestling Association said.

However, although Haryana has less active COVID-19 cases as compared to Kerala, there are still logistical problems to organise the event.

Hooda said that no one is currently ready to take the risk to organise the competition in the current situation. But the state federation is optimistic and says they might hold trials in Rohtak.

“No organiser has so far agreed to the terms due to strict COVID-19 protocols but we are optimistic of finding a solution to it soon”.

The freestyle competitions will be held in Noida, Uttar Pradesh at Chandra Mauli Pandey Stadium from January 23 to 24. Day 1 will feature Qualifications and Repechages in five weight categories which are 57kg, 61kg, 74kg, 92kg and 125kg. Day 2 will then have finals of the Day 1 weight categories and Qualifications and Repechages of remaining five weight classes which are 65, 70, 79, 86 & 97 Kg.

The Greco Roman nationals is schedule in Jalandhar, Punjab from February 20 and 21 at Jagjit Singh Academy in Jalandhar.