Superheroes of wrestling: 3 wrestlers with superhuman strength; Check out 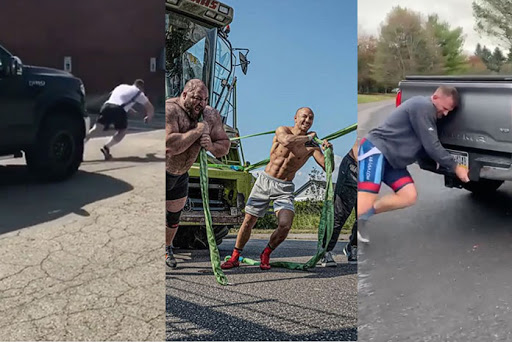 Strength is not just measured by how much weight one can lift but also by the superhuman feat achieved. Wrestling is one sport where human strength is on full display. That is why wrestlers are considered amongst the strongest humans on earth. Out of these walking superpowers, there are some who possess superman strength. WrestlingTV brings you three wrestlers who did show their superhuman power during the lockdown.

Triple world champion Frank Stäbler had set a 12-ton combine harvester in motion with bodybuilder Kevin Wolter and Strongman Dennis Kohlruss. In a Youtube video, it can be seen that Stäbler along with Wolter pull the harvester from the front while Kohlruss pushes it from behind. It was a display of pure superhuman strength.

United World Wrestling (UWW) had posted a video of the world and Olympic medallist pulling a Ford F-series pickup truck which ways over 2500 kgs. In the video, Snyder had strapped himself and after putting in a lot of power to get the vehicle moving, he walked with it for a little while before stopping. UWW captioned it as “When you miss the gym but have a truck”.

Just like Snyder, Taylor too decided to train with a pickup truck. However, instead of pulling it, he pushed the truck.

A lot of big matches are won and lost on the edge. Can you get the push out? Can you stay in bounds? Throw technique out the window, who wants it more! . . Thank you Coach Cal for the push this morning! @treigning_lab

The world champ posted the video on Instagram and wrote: “A lot of big matches are won and lost on the edge. Can you get the push out? Can you stay in bounds? Throw technique out the window, who wants it more!”