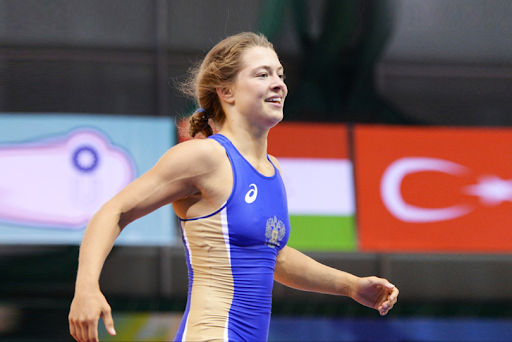 Wrestling News: Valeria Koblova, 2016 Olympic Games silver medallist is all set to take part in the Russian Championship. The Russian Championship for women wrestlers will be held from September 26 to 27 at AK Bars” Martial Arts Palace, Kazan. This will be the first competition in three years for the wrestler who hs recovered from the Anterior Cruciate Ligament injury.

“I plan to compete at the Russian championship in Kazan,” Koblova said. “But so far I haven’t decided which weight category I will fight in. I choose between categories up to 59 kilograms and up to 62 kilograms. Now the main work is underway, I’m doing training bouts in Yegoryevsk, and I will make a decision a little later. This will be my first start in the last three years,” she added reported, WrestRus.

“Maybe in such a situation, taking into account the (permissible) sag of two kilograms, I should start fighting in the non-Olympic weight category – up to 59 kilograms,” added the agency’s interlocutor. “I now feel more confident than before. I like to participate in training bouts and feel like a part of the big sport again. And it is very pleasant. ”

In August 2017, at the World Championships in Paris, the athlete received a severe leg injury, a cruciate ligament rupture, and then underwent surgery. In early September 2019, Koblova’s daughter Floriana was born.