Sushil Kumar slams Marykom, says she should give trials : Report 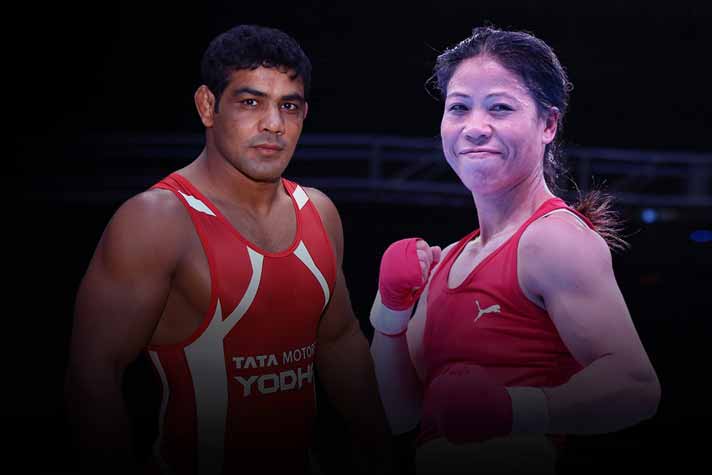 India’s biggest wrestling (Kushti) legend Sushil Kumar has slammed boxing queen Marykom on trials row for the Tokyo 2020 Olympics qualifiers. After Abhinav Bindra, Sushil also refused to back Marykom on her reluctance to give trials for the Olympic qualifier.

In an interview to Republic TV, Sushil has been quoted as saying, “No one is above rules and regulations. For every player, rules are the same. I would like to say this is a very small thing for Mary. Mary should set an example and not indulge in this. People look up to her. She is a role model. She should give trials. It’s the right of every sportsperson to fight a trial of his or her level and category. I don’t think there is anything wrong in asking for trials. Even I had given so many trials even after winning the double Olympic medal,”

What is the Controversy on trials for Tokyo2020 Olympic Qualifiers ??

The Boxing Federation of India (BFI) had announced before the world boxing championship that the players who enters finals of the world championship will not be required to give trials for the 2020 Olympic Qualifiers. India’s biggest success story in the sport of boxing lost her semi-final bout at the world championship. Post that in a U-turn BFI decided to tweak their earlier directive that Marykom will be India’ direct entry for Olympics 2020 qualifiers ignoring the claims for trial of young and upcoming boxer Nikhat Zareen. Zareen, repeatedly is requesting for the trials since then and subsequently wrote to the sports minister as well on social media requesting his intervention in the matter.

India’s only Olympic Gold medallist in the individual category also backed Zareen’s claim by tweeting in her support.
“However big you are, your ability is always tested by the newcomers and you have to always go through the trials. There is no shame there is no harm. If you are the best you will be selected. Most importantly one should always check and recheck if he or she is still the best.” wrote Bindra.

Post that eight time world championship medalist MC MaryKom came down heavily on her challenger Nikhat Zareen and Bindra as well saying “who was she to tweet or demand trials like that.” “Who is she? I am really shocked by all this. I have won eight World Championship medals, including six gold. Let the BFI decide whom they want. How can she cry like this?