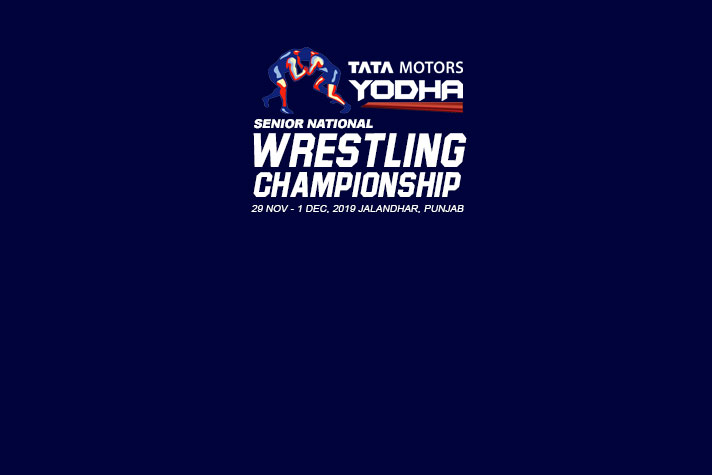 The Tata Motors Senior National Wrestling Championships 2019 scheduled to begin on Friday in Jalandhar will have more significance. Wrestling Federation of India has announced that the gold medal winners of the nationals will be selected to represent country in the South Asian Federations  (SAF) games in Nepal.

The 13th SAF Games are being organized in Kathmandu, Nepal. The SAF Games Wrestling Competition will be held in the Free Style (Men & Women) from 6th to 9th December 2019 in the following weight categories.

The Federation will give the chance to the Gold Medal winner to represent India in the above Games. Besides India, teams from Bangladesh, Bhutan, Nepal, Pakistan and SriLanka are scheduled to participate in the SAF Games.

World Championships bronze medallist Vinesh Phogat will headline the 2019 Tata Motors Senior National Wrestling Championships as for the first time ever the prestigious tournament will be streamed live in India and the Indian sub-continent. The tournament will be held here in Punjab from November 29 to December 1, where over 500 wrestlers will be vying for top honours in the men’s freestyle, Greco Roman and women’s events.

The tournament will also witness some sizzling rivalries as Kakran will get some tough fight from the highly promising Pinki in 68kg as will Navjot Kaur in 65kg from the upcoming Gargi Yadav.

Greco Roman ace Sajan (77kg) along with ace freestyle wrestlers Gaurav Baliyan (74kg), Sumit Malik (125kg), Satywart Kadian (97kg) and Rahul Mann (70 kg) will be among the stars to watch out for.

In its bid to keep the Indian wrestlers connected with their millions of fans in the country, www.wrestlingtv.in has been streaming all the international events LIVE in the country, including the just-concluded Under-15 Asian Wrestling Championships, which was watched by more than 18 million fans across the world. Continuing with their efforts, WrestlingTV will now show 100 hours of action live over the three days of the Senior Wrestling Championships.

The Wrestling Federation of India president Brij Bhushan Sharan Singh is upbeat about this new beginning. “This is yet another initiative to popularise the sport across all walks of alive. LIVE streaming of national championship will bring the best domestic wrestling action to the fans and wrestling fraternity and I appreciate this gesture and commitment of our commercial partners Sporty Solutionz for this. It will help the next generation of Indian wrestlers understand how the sport is played at the top,” said the WFI president.

“As commercial partners of the Wrestling Federation of India, Sporty Solutionz’s commitment goes beyond just the commercial growth of India wrestling. The aim is to ensure that all fans across the country has access to the best of Indian wrestling. The LIVE broadcast of a major event will not only motivate the participants, but it will also help to strengthen the fan base that is paramount for the commercial success of a sport,” said Ashish Chadha, Chief Executive, Sporty Solutionz.

Fans can tune in to www.wrestlingtv.in for the LIVE and Exclusive streaming of all the matches on mats No. 1 to 3, including the finals and bronze medal bouts, at the Tata Motors Senior National Wrestling Championships 2019.