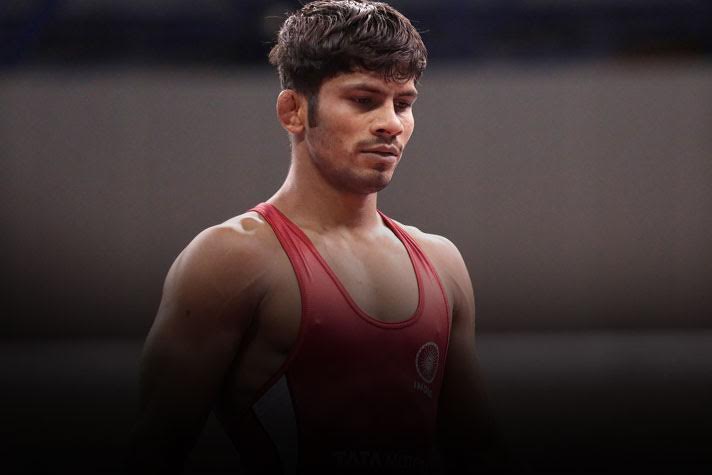 The Tata Motors Senior National Wrestling championships beginning from tomorrow in Jalandhar has lost one of its biggest star attraction. Rahul Aware the Maratha king and the world championship bronze medallist has decided to give nationals a miss.

Rahul recently won a bronze medal at 2019 world wrestling championships in Nur-Sultan and is currently world ranked 2 in the 61kg category in the UWW rankings. It was expected that Aware will use nationals to comeback to his preferred 57kg category. But the champion from Maharashtra decided to skip the national championships in Jalandhar.

Maharashtra has announced Abasahaed as replacement in the 57kg category and Suraj in the 61kg. Aware’s absence means that none of the 4 men’s world championship medallist will be in action at nationals in Jalandhar. Bajrang Punia, Deepak Punia, Ravi Dhaiya and now Rahul Aware all have decided to skip the nationals.

Also Read: Tata Motors Senior National Wrestling Championships: Watch out for these 5 wrestlers on the Day 1 in Freestyle competitions

Earlier Aware spoke to WrestlingTV on his chances for qualification for Tokyo 2020 Olympics. Aware passionately narrated his dream to play in Olympics someday.

“Since I started wrestling (Kushti), I have been dreaming about representing the country at Olympic Games. My family also is living the same dream for me since years”. But can Aware actually realize his dreams ? Even Aware himself doesn’t have a definitive plan or answers to this.

“I don’t know how at this stage, but I am committed to play in Olympics. I want to fulfill my dream somehow”.

Aware Tokyo Dreams : It’s hitting dead-end, why – Read
Rahul Aware won a bronze medal for India in the 61 kg category at the world wrestling championships, however this isn’t an Olympic category and thus the bronze doesn’t help Aware qualify for the Tokyo Games. Not only this – Aware’s Tokyo 2020 Olympic dream is now facing a complete dead-end probably that is the reason Aware decided to give Nationals a miss.

Rahul Aware who was expecting to cut down the extra kilos after the world championship is left stranded now. Dhaiya’s performance means the category of 57kg is blocked for Rahul Aware. The road to increase the weight and make an attempt at Tokyo Olympic qualification is also blocked. This time by none other than world number 1 Bajrang Punia. Punia has already qualified for Tokyo 2020 in 65 kg weight category.

This clearly means Road to Tokyo 2020 is completely blocked and despite of winning medal at world championships Rahul Aware’s olympic dreams are almost over. Meanwhile dejected Aware decide to rest for Senior Nationals.