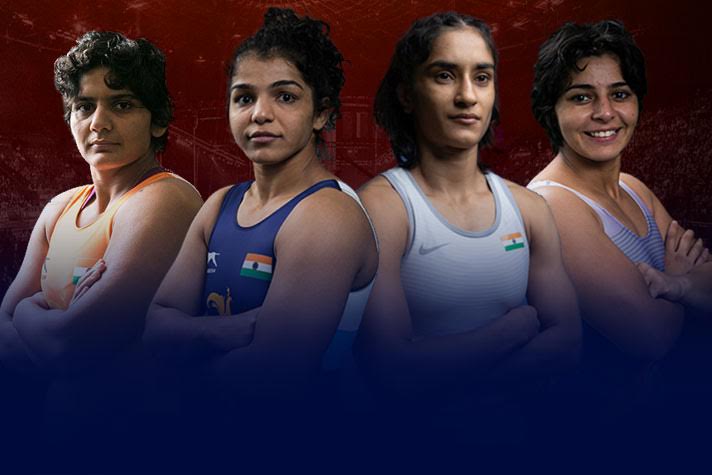 The stalwarts of Indian women wrestling Vinesh Phogat and Sakshi Malik justified their billing by winning the golds at the Tata Motors Senior National Wrestling championships on the Day2 of the competitions.

Gold Medal Bout 55kg – Vinesh (RSPB) df Anju (Har-A) by 7-3
The world championships bronze medallist Vinesh in order to give her some tough practice decided to play in the 55kg instead of her regular 53kg. The Railways grappler was stretched by young and upcoming Anju from Haryana in the finals. Vinesh who easily made it to the finals in morning was given some tough time on the mat by the youngster but the experience of India’s biggest bet for Tokyo 2020 finally prevailed as Phogat wrapped up the bout by 7-3 to win one gold at the nationals.

Gold Medal Bout 55kg – Sakshi Malik (RSPB) df Radhika (Har-A) by 4-2
Rio Olympics bronze medallist is going through some lean patch and that was quite visible during her 62kg bouts. Sakshi once again managed to win the national championships but her performance was not as convincing as it was expected. After being stretched in her opening round by Nisha of Delhi, Sakshi made it to the finals where once again she was tested by little known Radhika of Haryana. The Indian champion finally managed victory by 4-2.

Gold Medal Bout 68kg – Anita Sheoran (Har-A) defeated Divya Kakran (RSPB)
2010 Commonwealth games gold medallist Anita Sheron was the star of the day as mother of one making a comeback to the wrestling mat defeated Asian Games bronze medallist Divya Kakran in the 68kg category finals. Sheoran showed brilliant skills and more importantly hunger and determination to outwrestle Kakran who represented India at the world wrestling championships in Nur-Sultan. With this victory, Sheoran will now try to fulfill her dream to qualify for Tokyo 2020 Olympics.