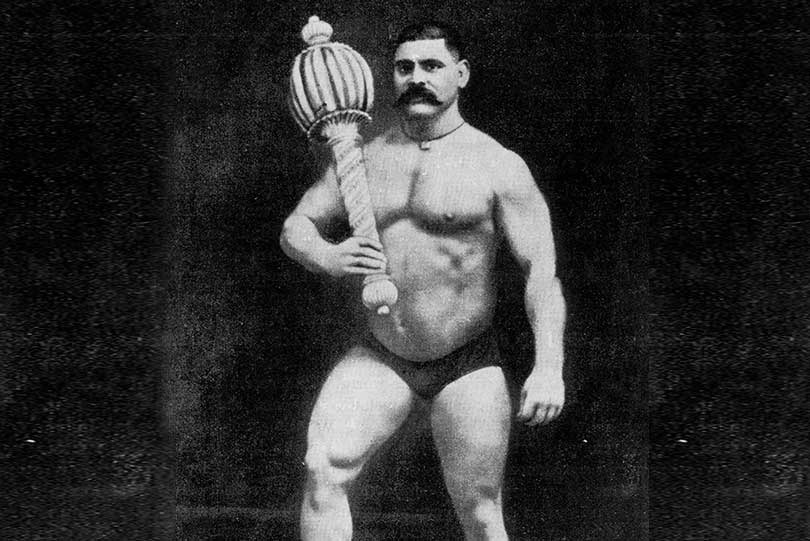 Ghulab Mohammad Baksh Butt commonly known as the Great Gama is no less than folklore in both India and Pakistan. His strength is still a myth to the common minds. Born on May 22, 1878, Gama was first noticed at the age of 10 at the strongman competition held in Jodhpur. Over four hundred wrestlers had participated in the tournament. However, Gama defeated them all winning the contest.

After the partition, Gama moved to Pakistan and took his last breath in Lahore on May 23, 1960. On the occasion of his death anniversary, we bring you some of the lesser-known facts about the Great Gama.

-He was born to a Kashmiri family of wrestlers in Amritsar, Punjab.

-After his father Muhammad Aziz Baksh’s death, Gama was trained by Maharaja of Datia.

-He is the only wrestler to remain undefeated for 50 years.

-The wrestler has been bestowed with the honour of Rustam-e-Zamana (world champion) after he pinned polish wrestler Stanislaus Zbyszo within a minute.

-Gama’s the family moved to Pakistan after partition in 1947 and settled in Lahore.

-His exercising tool called Hasli, a doughnut-shaped disc weighing over 100kg, is housed at the national institute of sports in Patiala, Punjab.