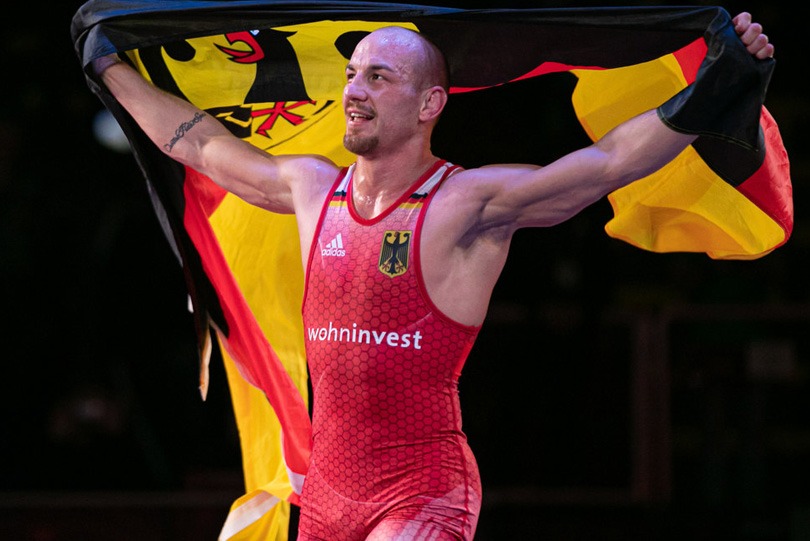 German wrestler Frank Staebler is the only grappler to become world champion in three different weight categories. The 30-year-old confirmed his Tokyo Olympic quota after winning bronze at the Nur-Sultan World Championship in 2019 and had decided to retire after it. But the deferment of the Summer Games due to coronavirus has pushed his retirement plan on a backburner. He says that the Olympic postponement was “like a slap in the face”.

“I fell into a deep hole three days after the decision. The shift was foreseeable and to be expected, but I held on to my dream until the last second, because otherwise, I would not have been able to overcome myself in training every day and go into the red area. When the official postponement came, it was like a slap in the face, everything fell away from me,” the two-time European Champion told Abendzeitung News Daily.

Post-deferment, he says that it was hard to find motivation but then his inner voice helped him push through. “I first spoke to myself whether it was even possible to hang on for a whole year, everything was only designed up to the games. After 16 years of martial arts, it tweaks and tweaks on every corner. I always told my body to keep going for four months, just this short time. Suddenly it became 16 months”.
“The thought of how much renunciation, how much privation is associated with this additional year, how much blood, sweat and tears I would have to shed by then was hard to bear. But then my head and heart very quickly signalled to me that I had to continue. It will be incredibly difficult, but the dream is alive. I won’t lose my last fight against Corona!” he added.
Talking about his plans after hanging his boots post-Tokyo Games, Staebler says he will just enjoy life and treat himself with a beer without feeling guilty.

“No more suffering! And finally to be free. Just wake up in the morning and be able to do what you want, eat and drink what you like. Treat yourself to a beer without feeling guilty. Celebrate with friends without having to look at the clock again. All these little things”.

But that is still a long way to go.  For now, the German wrestler still has to concentrate on losing nine kilograms of weight for the Olympics. “Yes, because my weight class was cancelled at the Olympics. Switching to the next higher class would not have been an alternative, I probably wouldn’t have had a chance there. Now I have to move down from my 76 kg to 65.
Staebler has won every major wrestling title in his career except the elusive Olympic medal. After failing to win a medal at 2012 and 2016 Summer Games, he has now set his eyes for Tokyo. He says,” For me, a gold medal stands for so much more than just the Olympic victory. It stands for the incredible discipline, for the stamina that you have had to show throughout your career. For the one dream, you’ve always lived for. It stands for being a role model for so many children who emulate and who can be inspired. And it stands for the fact that you are included in the history books for the extraordinary that you have achieved and not forgotten. All of this gives me the strength to continue, even if it gets very difficult”.

With lockdown in place due to coronavirus outbreak in Germany, he had converted his parental farm into a training centre where he trains without restrictions. “Everyone helped, Dad, grandpa, family friends – they worked ten hours a day six days a week and withing seven months we constructed it. We put over 4,500 working hours in there privately. It would not have been possible without this effort,” he concluded.