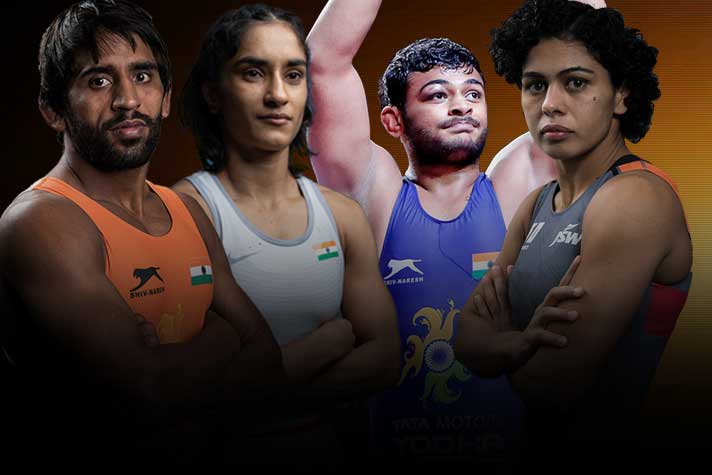 December 3, 2019 0Comments 808Views 0Likes
The fourth edition of the Times of India Sports Awards (TOISA), presented by Government of Assam, is India’s first of its kind and largest multi-discipline people’s choice sports awards.

is a platform created by the Times Group to recognize and reward Indian sporting talent and achievements on a global scale and will be held soon to honour the lion hearts who have given their blood, sweat and tears to make the country proud.
Ahead of the 2019 TOISA to be held on December 18, here’s a recap of the how these Indian wrestlers fared between April 1, 2018 and October 31, 2019.
In November 2018, Bajrang Punia touched a new high in his career by achieving the world number one rank in the men’s 65kg freestyle category. It was another addition to his other glorious achievements in the year, including a gold at the Gold Coast Commonwealth Games and then another top-place finish at the Asian Games in Indonesia. The 25-year-old Bajrang’s wait for a World Championship gold though continued. In the Budapest edition in 2018, Bajrang settled for a silver. In 2019, his golden run in the senior international circuit continued but the World Championships, this time at Nur Sultan, once again failed to produce the coveted gold medal and he also lost the number-one rank. Bajrang had to settle for a bronze this year at the World Championships, but it helped him bag a quota place for next year’s Tokyo Olympics.
Also Read: Sakshi and Ravinder to lead Indian Team as WFI declares 14-member squad for the SAF Games in Nepal
Deepak Punia
Inspired by wrestling (Kushti) legend and two-time Olympic medallist Sushil Kumar, young wrestling sensation Deepak Punia has strengthened India’s wrestling (Kushti) arsenal. Punia had a stupendous 2018, where the 20-year-old won a gold medal at the Asian Junior Championships and then a silver at the World Junior Championships. In 2019, the boy from Jhajjar village in Haryana, won the World Junior Championships title (86kg) and then impressed everyone in the senior World Championships too. In what was a spectacular finish, he won a silver medal in the 86kg category to book a ticket for the Tokyo Olympics.
Vinesh Phogat
Arguably India’s best female wrestler currently, Vinesh began 2018 with her second Commonwealth Games gold medal. Her Asian Games gold in Jakarta, which followed later in the year, made her the first Indian female wrestler to finish on top of the podium in the prestigious event and also the first Indian female wrestler to win an Asian Games and CWG gold. In her fourth World Championships appearance in 2019 at Nur Sultan, Vinesh changed her weight category from 50kg to 53kg and the 25-year-old from Haryana managed to win her maiden World Championship medal, winning a bronze, which also earned her a quota for the 2020 Tokyo Olympics.
Pooja Dhanda
Pooja Dhanda had a watershed 2018 when she won her maiden Commonwealth Games medal, a silver (57kg category), and then added another major achievement to her CV, in the form of a bronze at the World Championships (57kg category). The 25-year-old wrestler has done reasonably well in 2019, with podium finishes on the senior international circuit – a silver medal in the Grand Prix of Spain, among others, but couldn’t manage a podium finish at the 2019 World Championships in Nur Sultan, finishing fifth. 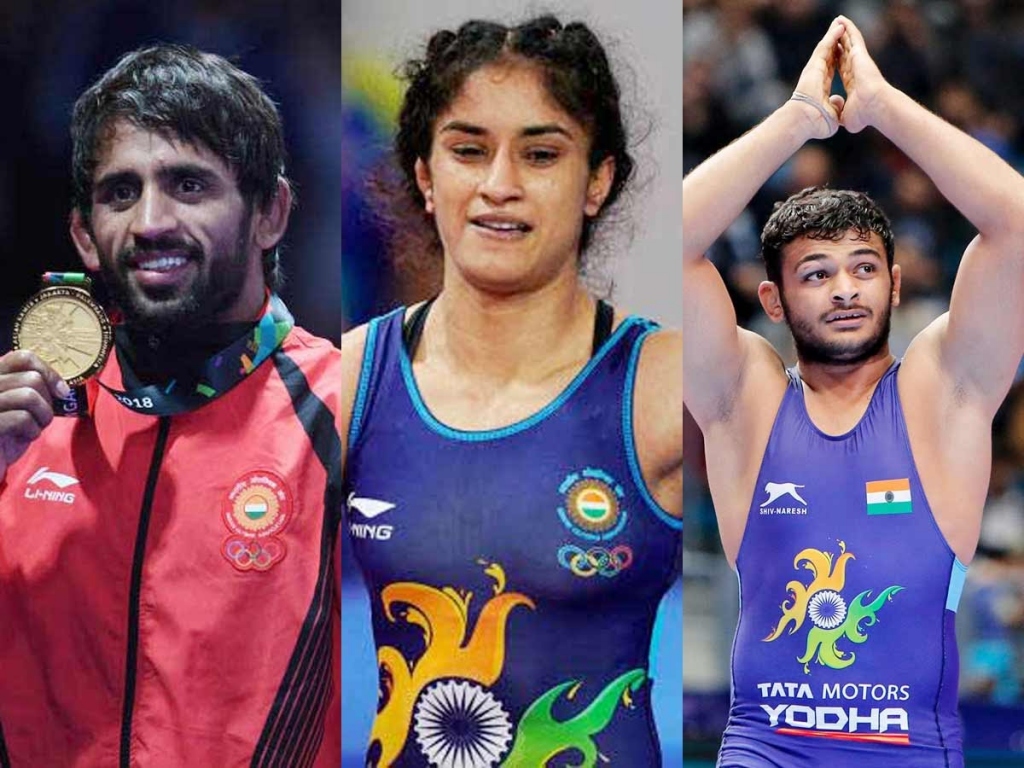