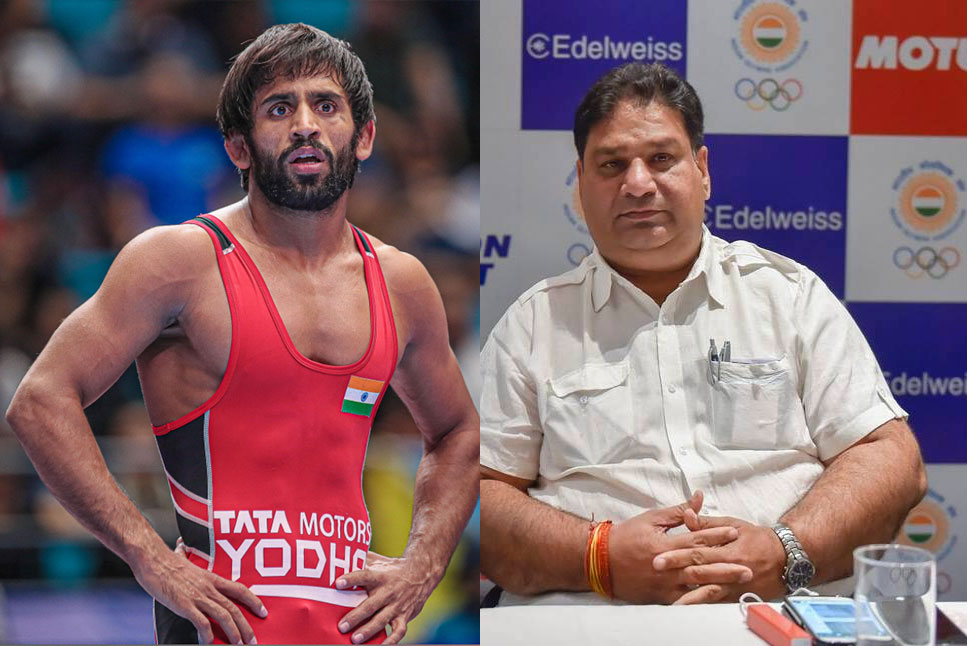 Tokyo Olympics – Covid-19 Vaccination of Indian Athletes: World number one and Tokyo Olympics-bound wrestler Bajrang Punia on Thursday said that he has already received his first dose of the COVID-19 vaccine. This has led to the raising of a few eyebrows as there hasn’t been any official announcement on starting of vaccination of Olympic-bound athletes. Throwing light on the issue, Indian Olympic Association (IOA) Secretary General Rajeev Mehta said athletes are in panic mode with the showpiece event round the corner and hence ace wrestler Bajrang went ahead and got vaccinated on his own.

“There has been no response from Sports or Health Ministries on vaccination for Tokyo-bound athletes. Our athletes are in panic mode now and that’s why Bajrang went ahead and got the vaccination on his own,” Rajeev Mehta told ANI.

Bajrang had earned a quota for the Tokyo Games in September 2019 after winning a bronze medal at the World Championships. The prestigious quadrennial event is set to take place from July 23 to August 8 this year. The Games were scheduled to take place last year but had to be postponed due to the Covid-19 pandemic.