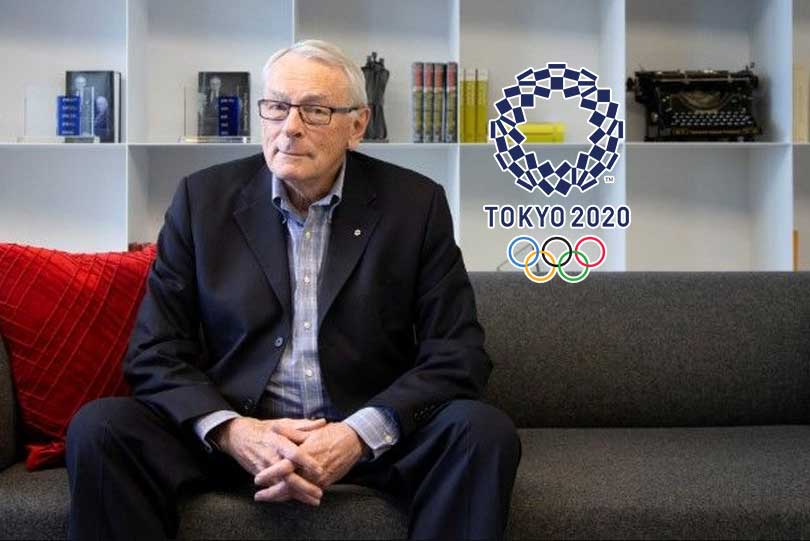 Tokyo Olympics – Uncertainty grows: International Olympic Committee member Dick Pound is not sure that if Tokyo Olympics will go ahead this year. According to Pound with surge in Covid-19 cases, their is some uncertainty around Tokyo Olympics.

“I can’t be certain because the ongoing elephant in the room would be the surges in the virus,” Pound was quoted by BBC.

The rescheduled Games are set to take place between 23 July and 8 August.

COVID-19 cases have spiked in recent weeks in Japan and resulted in new coronavirus protocols in Tokyo. Prime Minister Yoshihide Suga ordered a state of emergency until February after 2,447 new COVID-19 cases were reported on Thursday.

Pound is advocating for Olympic athletes to receive the COVID-19 vaccine as quickly as possible ahead of the 2021 games. IOC president Thomas Bach also encouraged athletes to get the vaccine before the Olympics, though it is unlikely to be required for participation in Tokyo.

“At the same time, the IOC and the International Paralympic Committee are fully aligned in their commitment to have as many foreign participants as possible vaccinated before the Games.

“Athletes are important role models, and by taking the vaccine they can send a powerful message that vaccination is not only about personal health, but also about solidarity and consideration for the wellbeing of others in their communities.”

Earlier on Thursday, Japanese Prime Minister Yoshihide Suga said there was a “sense of crisis” as he announced emergency Covid-19 plans.

Organisers said: “This declaration offers an opportunity for Tokyo 2020 to plan for a safe and secure Games this summer.”

Rising coronavirus cases in Japan also forced the authorities to postpone a public display of the Olympic and Paralympic torches around Tokyo at least until the end of next month.

The torch had been on display in certain municipalities at the end of 2019 and the exhibitions were due to restart on Thursday.
Costs for the Games have increased by $2.8bn (£2.1bn) because of measures needed to prevent the spread of coronavirus.

And a recent poll by national broadcaster NHK showed that the majority of the Japanese general public oppose holding the Games in 2021.