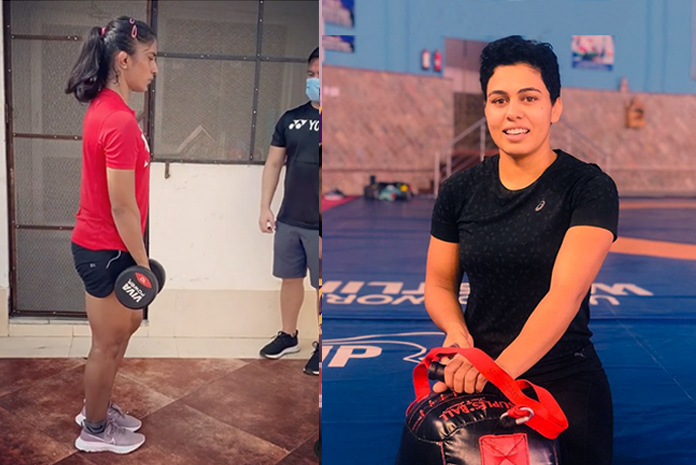 Wrestlers on Day 1 were full of enthusiasm as the training at the national camp had finally begun after seven months. Top Indian wrestlers were seen cracking jokes, running and even doing light training at the gym for hours.

Tokyo Olympic-bound Vinesh Phogat, one of the attendees at the national camp, also began her training amid strict guidelines of physical distancing. She posted a video of herself doing single-leg deadlift under a residence coach and wrote “Quarantine, Let the games begin”.

All 12 wrestlers and nine support staff and coaches who have joined were tested negative for covid-19. While some grapplers decided to jog around the track under head coach Kuldeep Yadav guidance, others chose to walk on the lush green ground before starting training with the Bulgarian Bag at the multi-purpose hall.

“We were all excited and enjoyed the schedule with enthusiasm,” a wrestler on condition of anonymity told WrestlingTV.

Meanwhile, three grapplers, Lalita (53kg), Sakshi Malik (62kg) and Nisha (68kg) are yet to join others. According to Women’s head coach, Kuldeep Malik, the trio is expected to join them on October 25.

Once they arrive, they too will be quarantined for the first week and then allowed to train individually for another seven days. The women’s camp will be held until December 31.