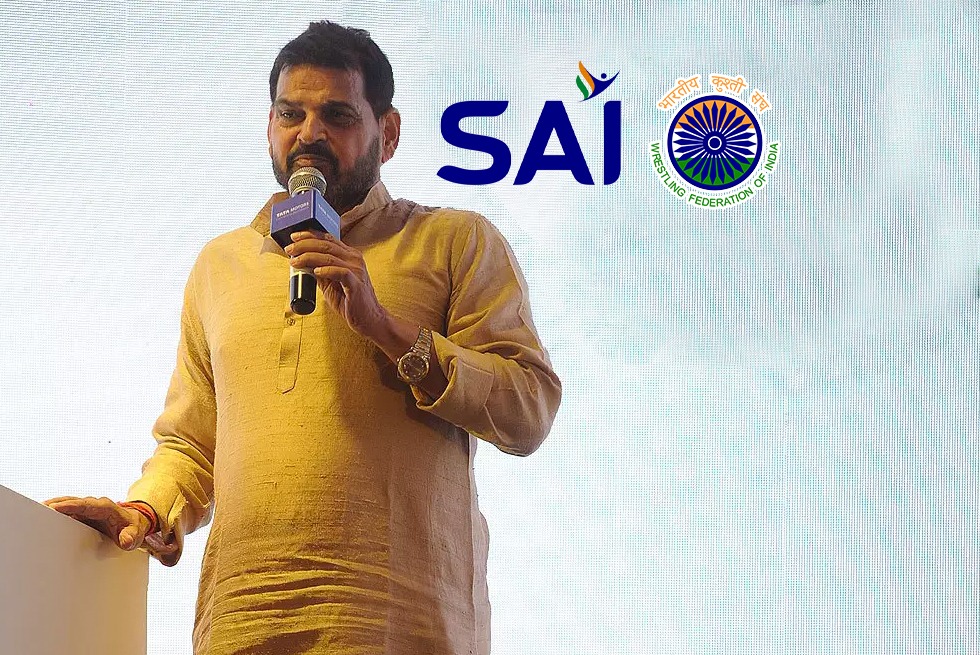 U-23 World Wrestling Championships: WFI chief slams SAI– WFI President Brij Bhushan Singh has slammed SAI once again regarding denial for bearing expenses for all 30 wrestlers scheduled to take part in WWC. The ongoing tussle between the two sports bodies is ON with just a few days ahead of the tournament scheduled to take place from November 1 to 7.

U-23 Wrestling World Championships: WFI threatens to pull-out of the event, ‘if SAI doesn’t sanction full team selected by federation’

Speaking to The New Indian Express, Wrestling Federation of India (WFI) President Brij Bhushan Singh questioned on what ground Wrestling Federation of India (WFI) cleared only 24 wrestlers. “On what basis the SAI cleared only 24 wrestlers is beyond my understanding. Such treatment to a discipline that has consistently won medals for the country at the international level including the Olympics is unwarranted,” WFI President Brij Bhushan Singh said.

SAI on Wednesday cleared only 24/30 and stressed that the other six wrestlers would not receive the government’s support. The development comes even as the WFI chief had threatened that it would not send the team if all members are not cleared.

Besides wrestlers, three coaches have been also left out as WFI had sent a list comprising 45 members. It featured nine coaches and three physiotherapists and referees.

In its statement, SAI said that the decision to clear only 24 wrestlers were made based on their assessment of their performance in domestic and international events in the last 3 years.

Expressing his disagreement, WFI President Brij Bhushan Singh said, “All wrestlers named in the list are gold medallists of the nationals held in September. In the past few months, our cadet, junior and senior wrestlers had won numerous medals for the country. Wrestling is probably the only discipline in the country which has conducted nationals even during the pandemic.”

“I had already expressed my displeasure to the sports minister by writing a letter to him. I have also spoken to the sports secretary and tried to contact SAI DG but he remained incommunicado. I am still in talks with authorities concerned and hope they clear the whole contingent on government cost,” he added.

Wrestling Federation of India (WFI) is in talks to bear the cost of the remaining six wrestlers as the contingent is set to fly on October 30, November 1 and 3.

U-23 World Wrestling Championships: SAI hits back at WFI

Meanwhile, SAI has suggested Wrestling Federation of India (WFI) to include coaches from academies producing a large number of members of the contingent.

It further stated that the 30 wrestlers had mostly trained in their own academies and akharas due to no long-term planning in national or dedicated academies.

The sports body also questioned a few coaches recommended by WFI for the tour. It also alleged only two out of 7 players have been regularly training the wrestlers (Greco-Roman). The remaining seven coaches have not trained the athletes.

For more sports news latest updates, follow us at WrestlingTV