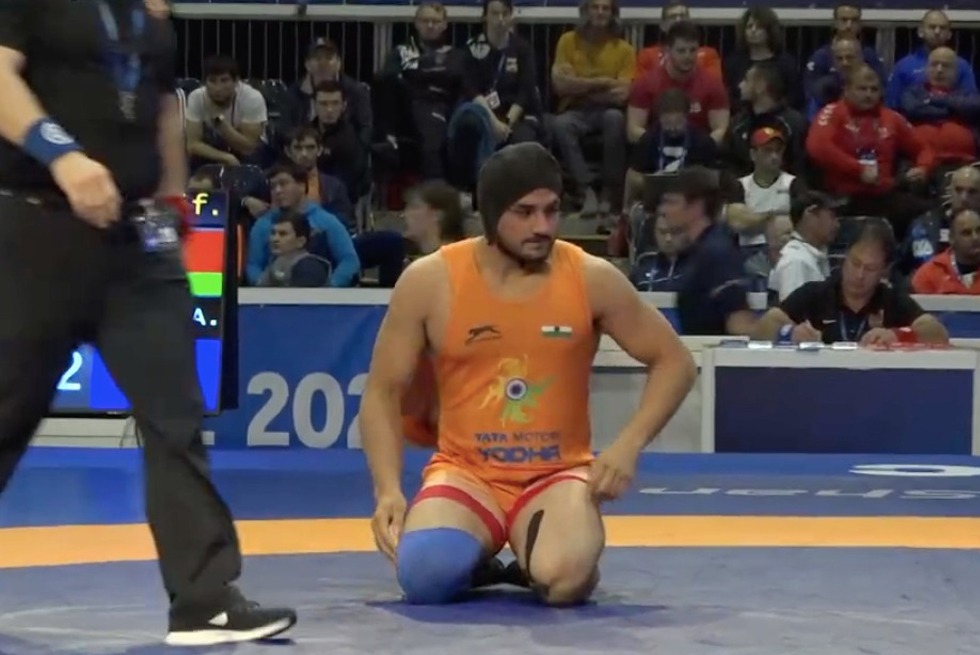 Gurudeshwar has been knocked out of the U23 World Wrestling Championship.

Due to the pandemic, the championship was canceled several times and now it is being held in a safe and sound environment.

What happened with Jashkawar “Jassa Patti” Gill- The man who was not allowed to wear a turban?

India’s biggest dangal star Jashkawar Gill was unable to make his much-awaited international appearance after organizers of a world ranking tournament in Turkey did not give him permission to take the mat wearing his turban.

International wrestling jurisdictions allow wrestlers to wear headgear that does not injure opponents during fights. But in Istanbul on July 28, the referee demanded that Gill tie his hair like women competitors.

However, the 25-year-old Sikh wrestler’ refused and tried to convince the officials on the basis of religious beliefs. The officials did not listen and thus, the match resulted in a walkover for his first-round rival.

“I told the referee that I have long hair and I need to tie it with the patka. I tried convincing everyone there that this is for a religious purpose. Even my coach tried talking to everyone but nothing worked. They did not allow me to compete with it,” said the man who is more popular as “Jassa Patti” on the dangal circuit.