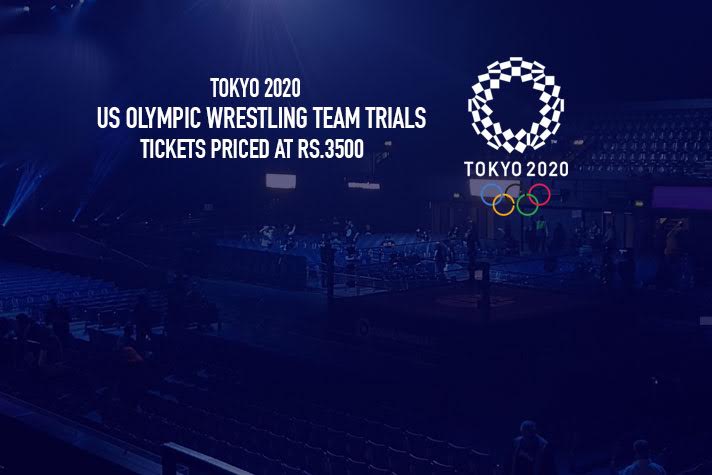 Can you beat this ??

Now the trial matches to select the US team for Tokyo 2020 will be a ticketed and Live broadcasted event. The growing interest of US sports fans in the sport of freestyle wrestling can be gauged from the fact that the organizing committee has fixed a starting ticket price of $49 (Rs.3500) for the trial matches.

The Bryce Jordan Center on Penn State’s University Park campus has been selected to host the 2020 U.S. Olympic wrestling team trials from April 4-5, 2020. Penn State is serving as the local organizing committee. Some of the biggest names of the US & Global wrestling will be seen in action at the trials. 4-time world champion Jordan Burroughs, 2 times world champion Kyle Dake, recently crowned world champion Jaden Cox and various others will be in action during the trials.

The champions from the team trials will become eligible to represent the United States at the 2020 Summer Olympic Games in Tokyo, Japan.

The Bryce Jordan Center has already established itself as a historic wrestling venue. It served as the site of the 1999 NCAA Wrestling Championships, which featured current Penn State head wrestling coach Cael Sanderson’s first of four NCAA titles and Penn State assistant coach Casey Cunningham’s 157-pound crown. The Bryce Jordan Center also was the site of the 1998 and 2009 Big Ten Championships and will serve as the host site in March 2021.

The top four (and six of the top 10) all-time NCAA wrestling dual meet attendance records indoors have taken place at the Bryce Jordan Center, including the all-time indoor record crowd of 15,998 who saw Penn State down Iowa 28-13 on Feb. 10, 2018. University Park becomes only the 10th U.S. city to host the U.S. Olympic wrestling team trials since USA Wrestling became the national governing body for wrestling in the United States in 1983. The only previous time it was held in Pennsylvania was in 1992, when the U.S. Freestyle Olympic Team Trials were hosted in Pittsburgh.