UWW Live with Taha Akgul: Had left wrestling and concentrated on studies 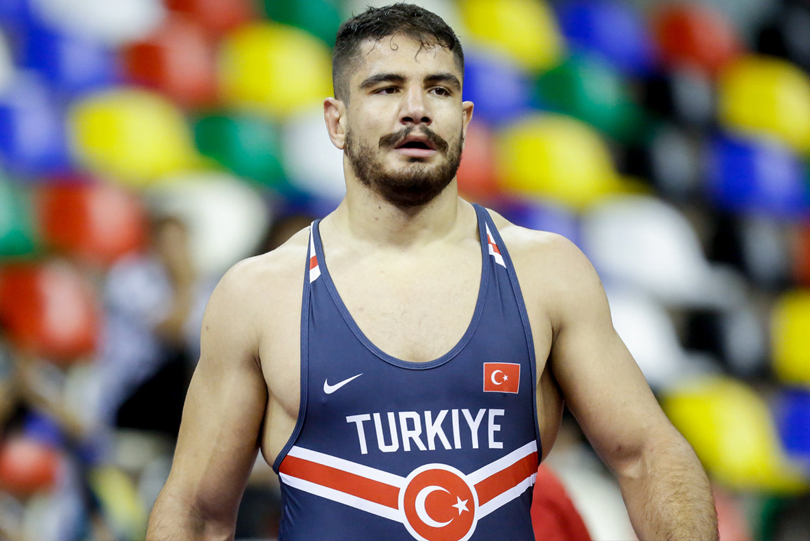 Wrestling News: Turkey’s Taha Akgul is regarded as the best active wrestler alongside Russia’s Abdulrashid Saduleav. The 29-year-old has won five world championship medal including two gold and silver medals and one bronze. Besides this, he is also the 2016 Rio Olympic champ in the heavyweight 125kg freestyle. But little does anyone know that there was a time when the champion wrestler had hanged his singlet to pursue an alternative career.

During his first stint on the mat, Akgul says that he had learned the basics of wrestling. But since he was not able to get much success he decided to leave the sport and focus on education. He left training and started preparing for his university exams. “After my university exams, I decided to become a Turkish teacher. While I was in university in Izmir, I did not wrestle for two or three more years and just focused on education. But one day I discovered a wrestling club in Izmir. And then a voice from inside told me that I should try again,” the Olympic champ told Turkish news daily.

“I went to practice, earned medals towards the end of the year, and when I realized that I was using my talent in concrete terms, I left everything and focused on wrestling. And I have been in this sport ever since. I was going to be a Turkish teacher and now I am a wrestler. When I look back now I say, “Well, that is how it happened,” he chuckles.

Here is his complete interview with United World Wrestling (UWW):

Akgul // @trguresfed joined @ericolanowski to talk about his recovery from shoulder surgery and his path from flag bearer at the ’11 World Championships to winning Olympic gold in Rio. He also shared a story about training in America with @snyderman45 and gave his prediction for who he thinks will win if “Captain America” and J’den COX (USA) collide. — 🎤: @kadircaliskan // #uww #unitedworldwrestling #WomensWrestling #grecoromanwrestling #grecoroman #freestyle #freestylewrestling #wrestling #olympicwrestling #wrestle #کشتی #борьба #koshti