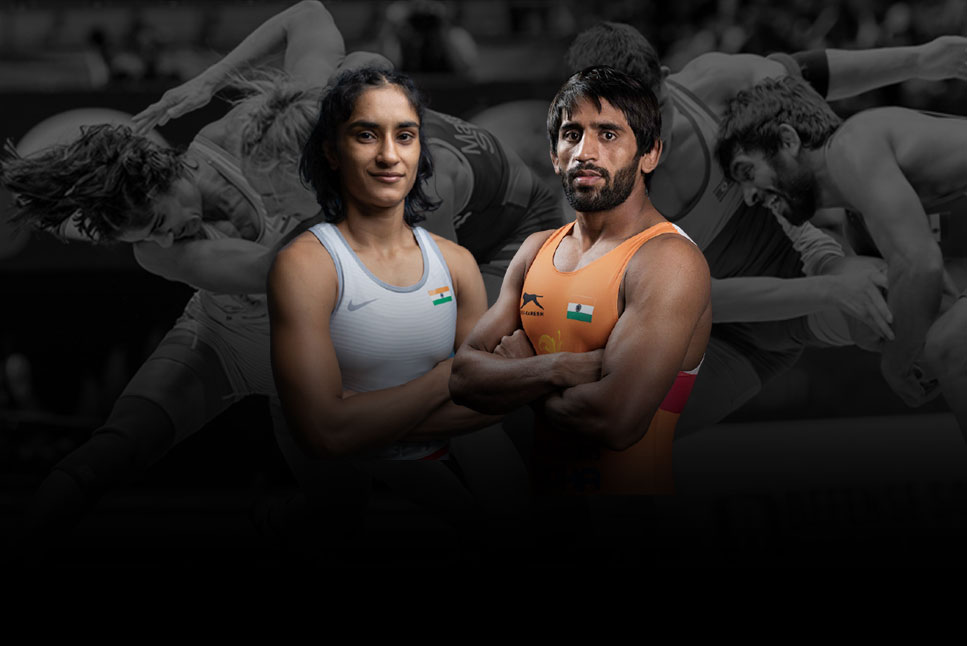 Bajrang was the defending champion in 65kg men’s freestyle and had won his fifth gold medal at a Ranking Series event, making him the most successful freestyle wrestler at the series.

In a far from ideal bout in the final, India’s top male wrestler was left struggling to find an opening against Tulga TUMUR OCHIR (MGL) in the gold medal match. He was put on shot-clock and did not score giving a 1-0 lead to the Mongolian, who later made it 2-0 with a step-out point. With 30 seconds to go, Ochir went for a shot but missed, while Punia capitalized on it to take a takedown with 14 seconds remaining.

This was Bajrang’s first UWW tournament since the Asian Championship in February last year. The top rank will prove crucial for the Olympic seeding. He confirmed the Tokyo Olympic berth in 2019 at the World Championship.

Besides him, Vishal Kaliaraman also made big gains after winning bronze in 70kg freestyle. He is now world number three. Other Indian wrestlers in freestyle who are in the top five are Rohit (65kg), Rahul Rathi (79kg), Parveen (92kg), and Sumit Malik (125kg).

Deepak Punia (86kg) and Ravi Dahiya (57kg), the other two wrestlers who have confirmed the Tokyo berth are now unranked after missing the first Ranking Series of the year.

Living up to the name, India’s star wrestler Vinesh Phogat grabbed the 53kg gold medal along with the world number one rank. It was the second gold medal for the Haryana-wrestler in as many weeks with a dominant win as the 26-year-old World bronze medallist blanked Canada’s Diana Mary Helen Weicker 4-0 in the title clash.

Vinesh scored all her points in the first period and held on to her lead in the second to ensure a top-of-the-podium finish. Vinesh had won a gold medal in Kiev last week and this performance would give her the belief that her preparations for the Tokyo Olympics are on the right track.

The Indian had entered the event as world number three but is back to world number one by jumping 14 points. The Canadian was ranked as low as 40 before the tournament but is now just behind Vinesh at number two.

Her first backup and current Indian champion 53kg, Nandini Bajirao Salokhe, who was participating in her maiden senior tournament, is now number four after finishing fourth in Rome.

Sarita Mor and Anshu Malik have also made big jumps in the 57kg women’s division. Sarita jumped 43 ranks to number two after winning a silver medal. As for Anshu, she is now fifth despite pulling out of the competition due to injury.

India bagged four medals at the rankings series. One of the star wrestlers of India’s classical wrestling Arjun Halakurki won bronze in a depleted pool. He jumped 15 places to number two. Meanwhile, in 63kg, Neeraj climbed to number three spot.

Notably, Naveen, who won bronze in Italy, made the biggest leap. Previously ranked 48, he is now number four in the UWW 130kg rankings. Kuldeep Malik is the fourth wrestler to enter the top five.