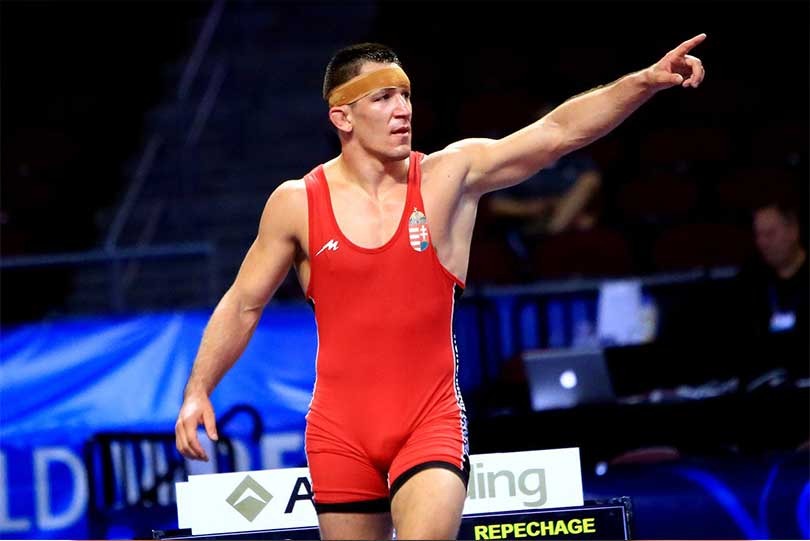 Viktor Lorincz, 2019 World Champion is taking the Olympic postponement in stride. The Greco-Roman wrestler who will turn 30 at the end of April in an interview said that age is just a number for him and he is least worried about it.

“Tomi (Tamas Lorincz- his brother) won a World championship a few months ago, and who would have thought he would make it to the top at almost 33 years old?” Lorincz asked.

“Why not do this at the age of 34 at the Olympics? I can mention the example of Uncle Peti (Peter Bacsi), who wrestled for a medal in Rio at the age of 33 and could have fought for gold with a little luck, At the age of 35, he became a World Champion in Budapest! It doesn’t really depend on age, but on your attitude, your willpower, your training work. I know the body wears out, but we can still be stronger and stronger.”

Both Tamas and Viktor have qualified for the Tokyo Games in 77kg and 87kg Greco-style respectively. They are glad that they confirmed the ticket for Tokyo which has taken off a lot of pressure. All they are focussed on now is to re-programme their training schedule for next year.

“Thank God we have both already obtained the quota for Hungary,” Viktor told Hungary’s official outlet recently. “We need to reprogram ourselves now because we shouldn’t be on top in four or five months, but next year. From now on, I’m about to turn this situation to my own advantage, we’re doing our thing, and I stand for him, yes, there will be an Olympics next year.”

Like most places in and around Europe (with Sweden being the most notable exception), Hungary is observing coronavirus-influenced lockdown protocols. Even before that, the writing was on the wall, as Budapest was supposed to host the European Olympic Games Qualifier a week after the US got done in Ottawa. Then everything went haywire.

But none of this has sapped the steam out of Lorincz, who is doing his best to roll with the punches. He is not resisting the situation; instead, Lorincz is preparing on his own in the meantime and is just pleased that he and his brother Tamas (’19 World Champion, ’12 Olympic silver) already secured their weights for Tokyo.

Hungary still has four places to book and they eye European Qualifier which will be held next year.