Vinesh Phogat: I will not attend the national camp 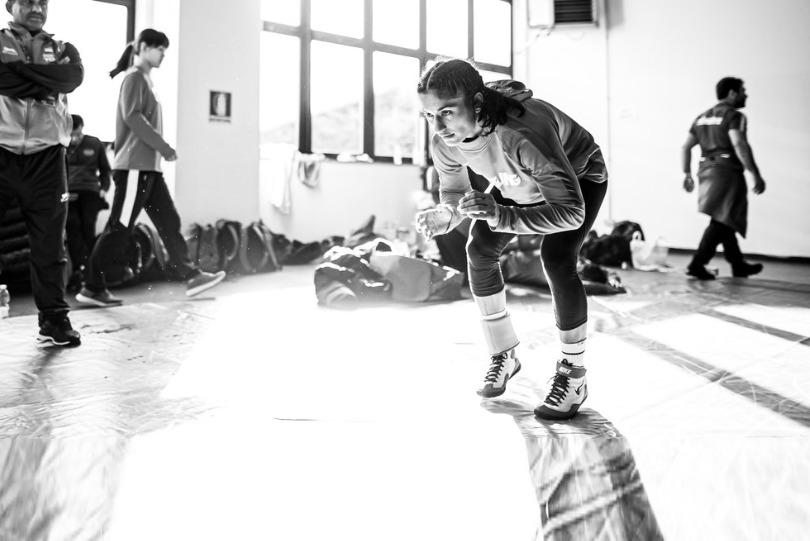 Tokyo Olympics-bound wrestler Vinesh Phogat has denied joining the camp in wake of rising covid-19 cases. The Wrestling Federation of India (WFI) is making all the efforts it can to resume the national camp this month. Since the past month, it has been in talks with wrestlers to get their thoughts on the resumption of training at the SAI centre in Sonepat and Lucknow. However, the plan seems to be fading out with the sudden spike in covid-19 cases. According to a report by Mail Today, Vinesh has made it clear that she does not intend to join the camp.

“I am not going to attend the camp (next week or whenever this month) and I have already informed the federation (WFI) about it,” she told Mail Today. “When I am in camp I don’t eat food there because I get stomach infection if I do so. I go out or my food comes from outside mostly. And if I join camp now, I won’t be able to leave the centre, so I decided to give it a skip. Yes, Corona cases are also rising so that, too, is a concern for me”.

Wrestlers are shifting to places where there is access to better facilities plus less chances of getting infected by the deadly virus. Bajrang Punia and Jitender had last month moved to Bangalore-based Inspire Institute of Sports training centre to begin their Tokyo Olympic preparations. Last week, 2018 world medallist Pooja Dhanda also joined them.

She has been amongst the most vocal about not resuming the camp in the current situation. “I have already said that it should not happen. Coronavirus cases are rising day by day. Look at the record of Lucknow too. We do not have any tournaments recently so what is the point of risking lives. I know there will be the pressure of joining the camp if WFI asks us. But I would request that federation, like always, understand our problem,” Pooja told the paper.

WFI’s stand on the matter

While nothing official is known of the subject, a source said that the camp might once again get postponed. “Many wrestlers are against it now. We were thinking that some positive news might come in Corona cases but it again went up. The federation will again meet and decide what can be done,” the official on condition of anonymity told Mail Today. “Vinesh has already said no, so I am sure with this many other wrestlers will also do the same. There is also a possibility that the venue might get changed,” he added.

With all Olympic qualifying events postponed to 2021 by the United World Wrestling, the only event for Indian wrestlers this year would be the World Championships tentatively scheduled for December. Both the senior (December 12-20) and junior (December 4-10) Worlds will be held in Belgrade “to help reduce risk and control the safety of the events” as per UWW.

A review of the situation will be held by the UWW Executive Board in August.