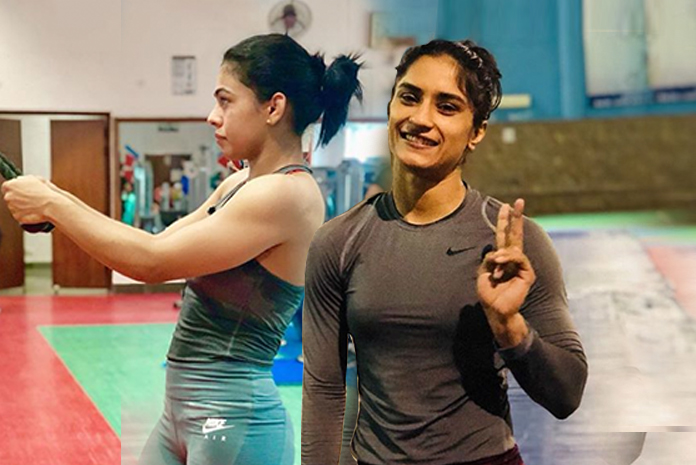 After multiple postponements and cancellations, the women’s national camp has finally begun. Tokyo Olympic-bound Vinesh Phogat and world medallist Pooja Dhanda are amongst the first batch of wrestlers who have reported to SAI centre, Lucknow where the camp is being held.

A total of 15 wrestlers in five Olympic weight categories apart from chief coach Kuldeep Yadav, coach Sahil Sharma, physiotherapist Dhirendra Pratap Singh and masseuse Jagroshni were named for the camp by the federation.

Phogat is accompanied by her sister Priyanka Phogat who will also be her training partner. Dhanda, on the other hand, had requested Wrestling Federation of India to bring her physiotherapist Satya Prakash to the camp. The WFI had accepted the request.

Divya Kakran, 68kg, is another wrestler who has reported at the national camp. Making the most of the Sports Authority of India (SAI) scheme of allowing training under personal coaches, she will be training with her coach Vladimir Mestvirishvili via video call. Kakran has brought her best friend Neena to the camp.

Meanwhile, Olympic medallist Sakshi Malik will be missing the first few days of the camp due to work obligations with the Railways. “I have some urgent work with the Railways after which I will be joining the camp. I cannot tell the exact date when I will travel to Lucknow”.

The wrestlers were allowed entry only after producing Covid- 19 negative certificates. As per the SOP issued by Sports Authority of India, they will serve a seven-day quarantine period before starting training on an individual basis for the next seven days. They will also take an RT-PCR test on the sixth day after their arrival.