Vinesh Phogat to train with sister at women’s wrestling camp 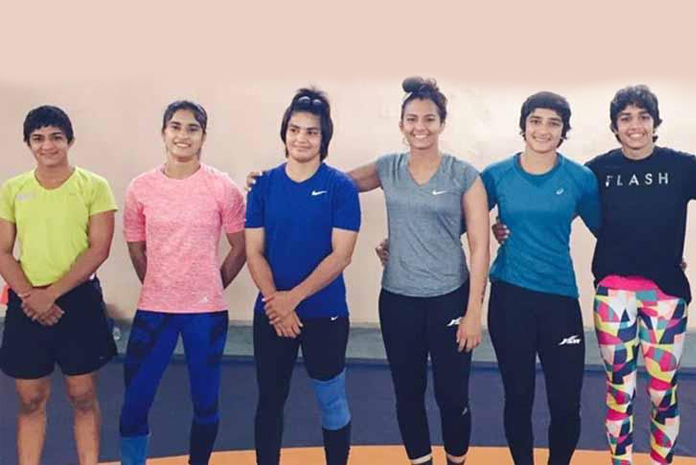 Vinesh Phogat has been allowed to bring her sister Priyanka to the women’s wrestling camp which is scheduled to begin from October 10 in Lucknow. “She will be bringing her sister Priyanka as her partner for training,” a source told WrestlingTV.  The Sports Authority of India (SAI) has allowed wrestlers to train under personal coaches at the SAI centre. Since her foreign coach Woller Akos is in Hungary, she decided to bring along Priyanka with whom she has been training since the forced lockdown.

The Tokyo Olympic-bound grappler is amongst the 15 shortlisted candidates in Olympic weight class who will be taking part at the wrestling camp. Each category — 50kg, 53kg, 57kg, 62kg, and 68kg -will have three wrestlers.

Meanwhile, world medallist Pooja Dhanda who will also be joining the camp has been allowed to bring her physiotherapist and mental conditioning coach Satyaprakash Singh at the SAI campus.

They will have to undergo a 14-day quarantine period and return negative before they are allowed to begin mat training.

For the first seven days, they will be in individual quarantine after which they will spend seven days in a non-contact situation. According to sources, SAI has installed 14 CCTV cameras to monitor everyone 24×7.