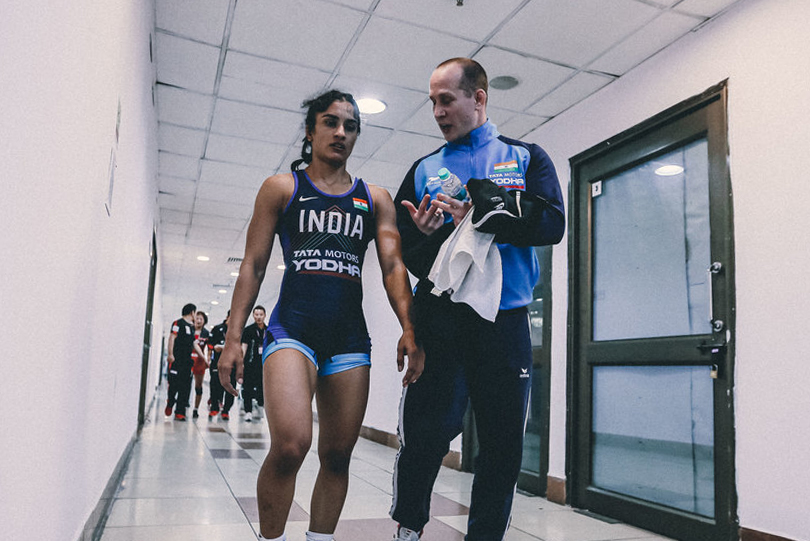 While Bajrang Punia and Jitender resume their Tokyo Olympics preparations under coach Shako, Vinesh Phogat is yet to reunite with Woller Akos. The Hungarian coach who had returned home due to covid-19 is the only foreign coach left to mark his homecoming. With less than a year to go for Tokyo Games, Akos says, he will return once the conditions are safe for his family. “I am fine and safe here in Hungary. I will travel back when the virus situation will be safe and correct for my wife and son who is two-years-old,” he said adding “I am in constant touch with my bosses. And when they say it is safe in India, I will return”.

He and Vinesh are regularly in touch via Whatsapp, where the Hungarian international sends her weekly training plans. At the end of each week, the 26-year-old wrestler gives him her progress report. “We need to focus on the Olympic Games. We have qualified and this is why we need to be positive every day. She is motivated because she has a goal,” he said.

Plans for Vinesh for next one year

Akos has decided to give a pass to the December-bound world championships in Serbia. With the Tokyo Games quota confirmed, he says, the focus is entirely on the Olympics. Moreover, the fact that the Belgrade Arena being used as the covid care hospital has him worried. “The competition dates have been announced. Yes, but I think in the current situation and rules, organising the event is ‘mission impossible’,” he told WrestlingTV “also, the Belgrade Arena where the world championship is supposed to be held is still a hospital for Covid”.

Unlike many countries, the Wrestling Federation of India (WFI) is yet to resume its national camp. In this transition period, Akos says, it is not easy to coordinate but ‘we are doing our best to get through this transitional period’. “She knows what I want and expect. We are accustomed to each other’s ways now and it is good for us”.

Vinesh is training with her sister Priyanka in her village. She has arranged a mat from a nearby school and does sparring and other mat training. “She is working the way I want her to do. She is training on the mat with her sister which is the best option in the current situation”.

Akos is devising a new system for the Indian wrestler until things normalise. “We have to adapt to the possibilities. We are thinking of one training partner system until get back to normal. Whatever we do is for the Tokyo Olympics and that is our final aim,” he concluded.