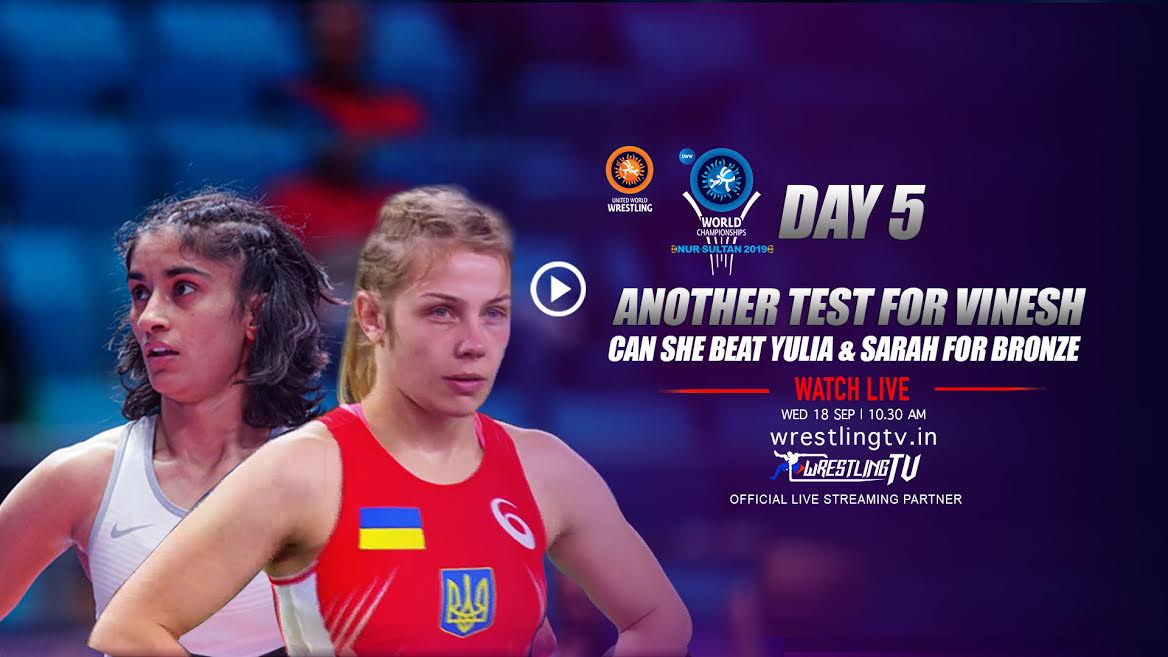 After heartbreak on Day4, Vinesh Phoghat can have another shot at podium finish on Wednesday. Courtesy Mayu Mukaida’s entry into finals, Vinesh has entered Repechage round and can have a go at bronze medal at the World Wrestling Championships.

But for that to happen, Vinesh has to first win against tough Yuliia Blahinya from Ukraine and then defat Sarah Hildebrandt of USA.
Yulia will be no pushover for Vinesh. She gave tough fight Vinesh’s conqueror Mukaida in the opening round and recently won European championships silver.
Wrestling fans can catch all the action LIVE from UWW Senior World Championship 2019 on www.wrestlingtv.in
Even if Vinesh wins against Yulia – fight for bronze will became very tough again Sarah who was seeded number 1 in the ongoing world championship but was ousted in the quarters against Mukaida. Win against Yulia and Sarah will not only give Vinesh first medal of the world championship but will also confirm her ticket for the Tokyo Olympics 2020.
Watch the Vinesh Phoghat’s bout live along with other action from the UWW World Wrestling Championship 2019 only on www.wrestlingtv.in
Earlier, Vinesh showed glimpse of her prowess during the opening round victory against Sofia Mattsson. After registering easy win against Swede, Vinesh lost to defending champion Mayu Mukaida 0-7 in the second round of the 53kg category of the World Wrestling Championships. Mukaida remained patient in the opening two minutes but was able to get a waist hold on Vinesh and took a 7-0 lead. Vinesh was never able to recover as she went for the leg but Mukaida kept evading the Indian’s attempts to reach the next round.
Wrestling fans can catch all the action LIVE from UWW Senior World Championship 2019 on www.wrestlingtv.in

The Asian Games gold medallist started out in an emphatic fashion as she routed Olympic bronze medallist Sofia Mattsson 13-0 in the opening round.

Coming up next match: 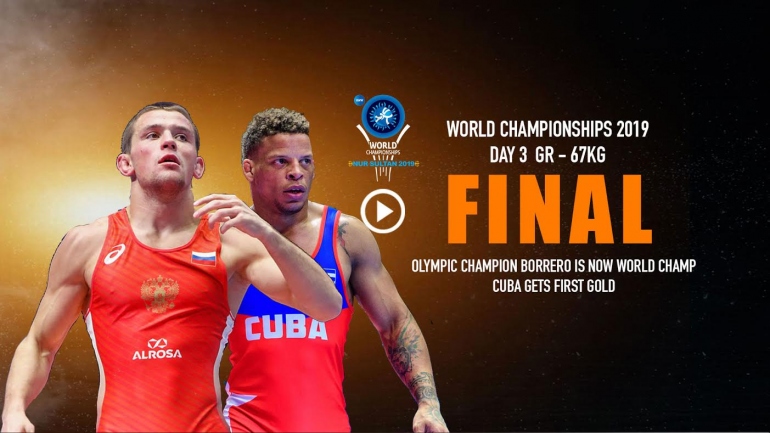 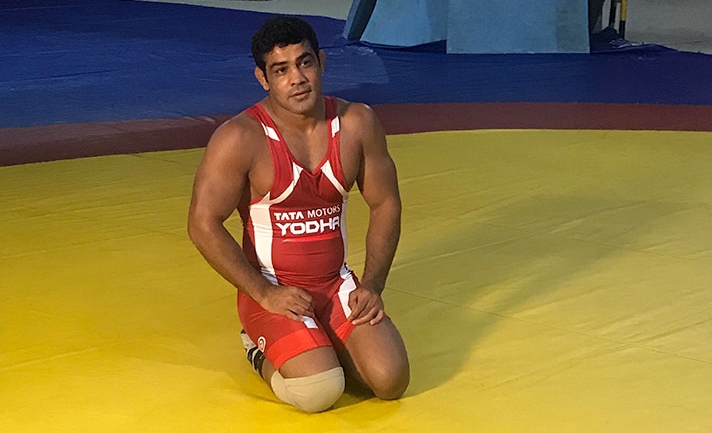