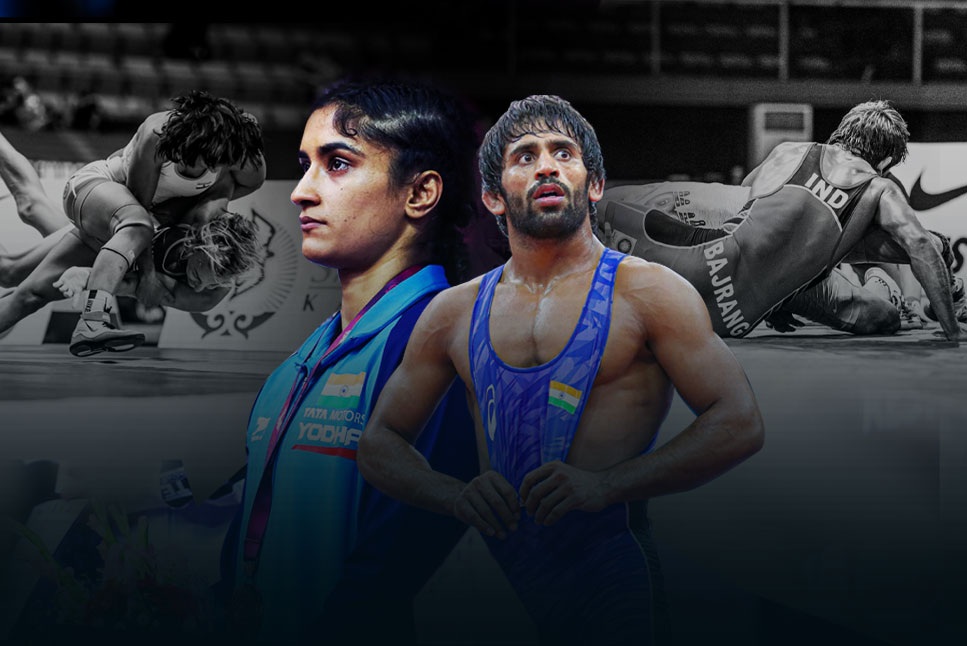 Wrestling News: With the Senior Nationals concluded, the Wrestling Federation of India (WFI) on Tuesday announced the Indian team for the upcoming Matteo Pellicone Rome Rankings Series. India will send a 34-member squad for the Rankings event scheduled from March 4 to 7. While the Ranking Series will be the first international tournament for Bajrang Punia, Vinesh Phogat, Ravi Dahiya and Deepak Punia will eye to regain top form after a poor performance at the Individual World Cup in December.

Besides the new 74kg champion Sandeep Singh Mann, Narsingh Yadav and Jitender will also be travelling to Italy. Meanwhile, Sakshi Malik has also been given another shot before the Olympic trials for the Indian team.

While athletes gear up for the Olympic Games by competing in qualification events and tournaments that will impact their seeding, they will also be wrestling in tournaments that help determine the 2021 Ranking Series champion. Those two trajectories will mean two sets of points for athletes, fans, and coaches to track in 2021.

The Tokyo 202One seeding is almost complete, but there are two tournaments left where athletes can gain points. The Poland Open (June 8-13) will be like the 2020 Matteo Pellicone Ranking Series event and impact seeding for the 2021 Olympic Games. Additionally, athletes from China, Turkmenistan, and North Korea competing at the 2021 Asian Continental Championships will earn seeding points for the 2021 Games based on their finishes. These nations were withheld from the 2020 continental championships due to COVID-based travel restrictions.

Update– Jitender and Narsingh have also been included as late entry in 74kg.

Update– Sakshi Malik also a late entry into the 62kg.