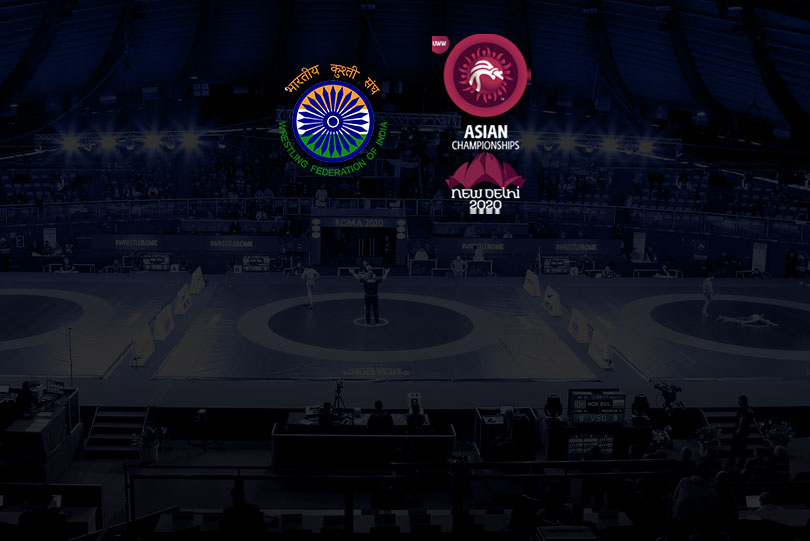 The Wrestling Federation of India (WFI) has announced that there will be no entry fee for the upcoming Asian Wrestling Championships, to be held in the KD Jadhav hall at Indira Gandhi Stadium, New Delhi, from February 18 to 23.

A packed house is expected as top Indian wrestlers will be out to test their skills in run to the 2020 Olympic Games in Tokyo. Wrestling has a strong fan base in the rural areas adjoining Delhi.

The gates will remain open till the time seats are filled on first-come-first-served basis.

The preparations for the continental tournament are at full swing. The Greco-Roman teams of Japan and Iran were the first international wrestlers to arrive in New Delhi, while other participants are expected today. India as the hosts will have a lot to offer for their fans.

Bajrang Punia and Vinesh Phogat will be leading the Indian challenge as the favourites for the men’s freestyle and women’s competitions.

Bajrang in the 65kg freestyle category is expected to face a stiff challenge from the likes of Daulet Niyazbekov of Kazakhstan and Japan’s Takuto Otoguro. Previous outings against both the competitors have resulted in a loss for the Indian ace. He had lost to Daulet at the 2019 World Championships semi-finals, amidst a controversy over the verdict. Takuto had defeated him in the 2018 World Championships.

In the 53kg women category, Vinesh faces stiff challenge from World No. 3 Mayu Mukaidu of Japan. When the two previously met at the 2019 World Championships, the Japanese grappler had defeated Vinesh in the semi-finals.

Apart from the veterans, young blood would also be gunning for Asian glory. Anshu Malik, Ashu and Sonam Malik are the three youngsters who will be carrying India’s hope for championship gold on their young shoulders.

The 2020 Asian Championship will be streamed LIVE on WrestlingTV.in, the most followed single destination for LIVE broadcast, highlights, news and updates on wrestling. The event will be broadcast LIVE on Star Sports First, one the most-watched sports channels in the country.