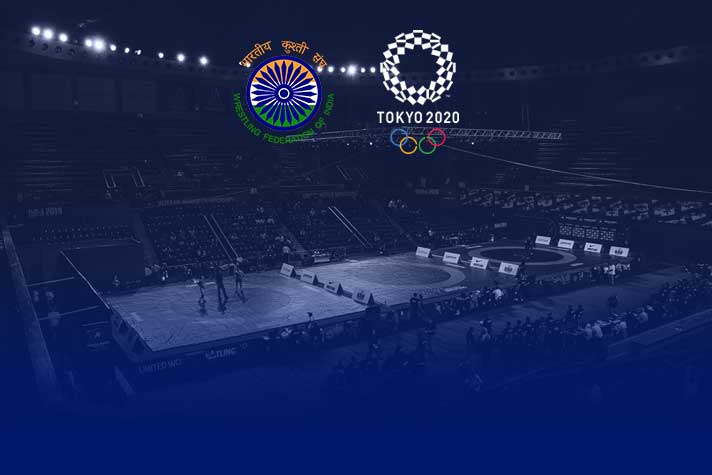 Will it be Pooja Dhanda or Sarita More in 57kg ?

Can young Gaurav Baliyan make it to the Indian team ??

Will Rahul Aware make a comeback in 57kg from 61kg ?

All of these questions will be answered in the first week of January. The Wrestling Federation of India has decided to conduct the trials to select the Indian squad for the Asian Olympic Qualifiers scheduled for March 2020. India has already booked quota places in 3 Men’s freestyle categories (57kg, 65kg & 86kg) and 1 quota place in the women freestyle in 53kg courtesy Vinesh Phogat.

This means quota places for 3 categories in Men’s Freestyle (74kg, 97kg, 125kg), 5 in women FS (50kg, 57kg, 62kg, 68kg, 76kg) and in all 6 weight categories of Greco-Roman are still up for grab. Indian wrestlers will have two chances to book quota places in these remaining categories, the first one at the Asian Olympic qualifiers in China in March and the World Olympic Qualifiers in Sofia, Bulgaria in April.

The national body through the trials in January will finalize the names of wrestlers who will represent India at these Olympic Qualifier tournaments.

Who will be allowed to give trials ??
According to the information with WrestlingTV, all gold medallists of national championships, all Under 23 world medallists, as well as players who could not participate in the nationals because of some medical emergency will be allowed to participate in the trials. WFI will also allow the national champions in the non-olympic weight categories to shift to the Olympic categories in their bid to qualify for Tokyo 2020.

The Indian squad for the Asian wrestling championships in February 2020 will also be finalized through these trials itself. The Asian Championship is scheduled for 18th to 23rd Feb.

WFI has only exempted marquee wrestler Bajrang Punia from the Asian Championship trials. WrestlingTV has reliably learnt that both Deepak Punia (86kg) and Ravi Dhaiya (57kg) will have to appear for trials in order to make it to the Indian squad for the Asian Championships. The performance in the trials is unlikely to effect their already booked tickets for Tokyo 2020.

National Camp starting from Dec 20th
Meanwhile the WFI has also decided to conduct 3 week national camp before the trials in Sonepat for Men and in Lucknow for the women wrestlers. The final list for the national camp is getting finalized and will be released later this week. It will be mandatory for all the selected wrestlers to attend the national camp.