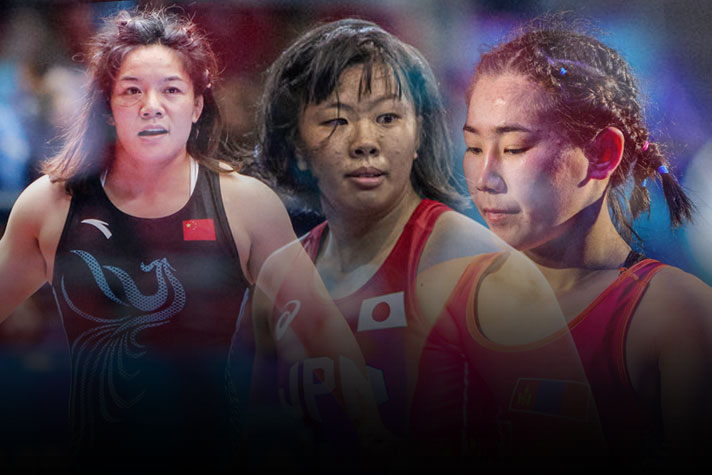 The just concluded women world cup in Narita, Japan saw some very exciting and interesting bouts and also some upsets. Take a look at top 3 upsets at this year’s world cup

The four reigning world champions who wrestled in Narita last weekend went 10-1, and the only wrestler who scored a victory over a Nur-Sultan gold medalist was BAT OCHIR Bolortuya (MGL). Bat Ochir, this year’s world bronze medalist, stuck 55kg world champion Jacarra WINCHESTER (USA). Bat Ochir gave up a takedown but strung together a pair of step-outs and trailed 2-2 on criteria mid-way through the first period. A second American takedown put the Mongolian down 4-2, but Bat Ochir remained calm and caught Winchester on her heels during an underhook throw by attempt — pancaking the world champion to her back for the fall.

Also Read: UWW names these 4 matches as the best bouts of the women world cup wrestling, watch the videos

Although it wasn’t flashy or high scoring, high schooler Yuzuka INAGAKI (JPN) struck down reigning two-time world finalist RONG Ningning (CHN), 2-0, in their 59kg meeting. Inagaki, this year’s junior and U23 world champion, scored both points while the Chinese wrestler was on the activity clock and picked up the 2-0 win. It should be noted, to avoid a 57kg world finals rematch with rival Risako KAWAI (JPN), the three-time world and Olympic champion, Rong bumped up to 59kg from her Nur-Sultan world silver-medal winning weight of 57kg.

ZHOU Qian (CHN) and Hiroe MINAGAWA SUZUKI (JPN) have been going back and forth for years, and after the Chinese wrestler “upset” the Japanese wrestler last weekend, it doesn’t look like the rivalry is dying down anytime soon. Zhou lost to Minagawa 3-1 in the quarterfinals of the World Championships but avenged her loss with a 7-0 shutout win in the second round at the Women’s World Cup. 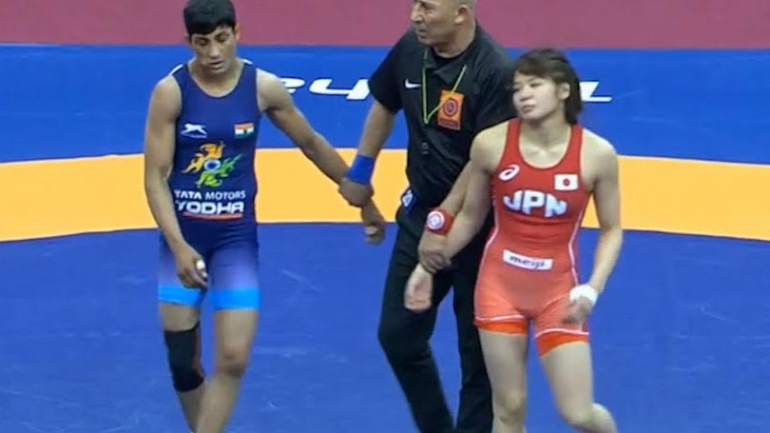 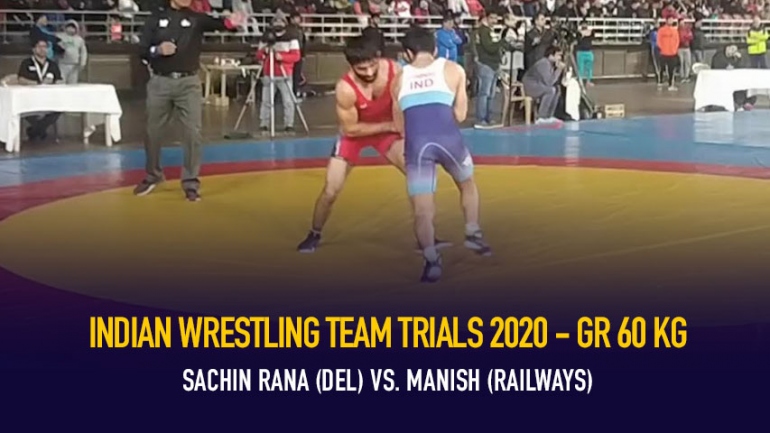