Women World Cup Wrestling : With 3 world champions in squad, USA declares they are second to none 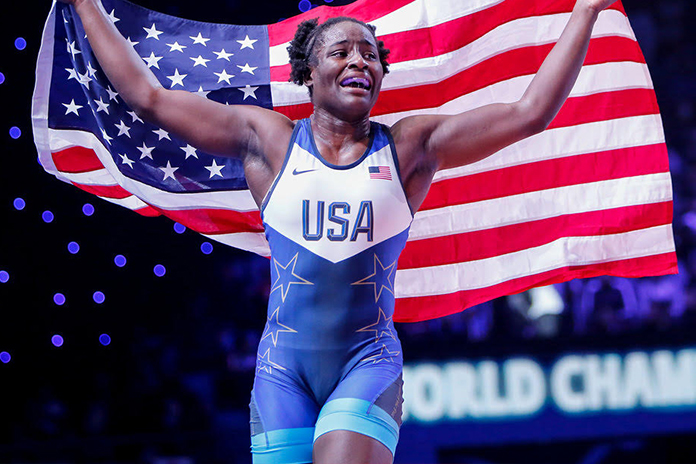 Outside of Japan and China, the only nation to have won a Women’s World Cup title in its 17-year history is the United States.

That was back in 2003, but with three reigning world champions in its lineup, the Americans are hoping to make a run at finally breaking up the Asian stranglehold.

“We feel confident in who we are,” USA coach Terry STEINER said. “We also know that every team here has some great athletes on their team. It’s about performing when we’re supposed to perform.”

The group is a tossup between three evenly matches countries, with Russia and Mongolia also in the pool. Russia finished second in the team standings behind Japan in Nur-Sultan with two champions and five medals overall, three points ahead of the United States. Mongolia was seventh.

“We just have to be ready tomorrow to compete hard,” Steiner said. “If we compete hard, I think we’ll end up where we want to be. But Russia and Mongolia aren’t going to lay down either. So, one match at a time, and we just have to focus on wrestling our style of wrestling.”

“I love wrestling for my country,” she said. “Since I’m not in the army, I try to figure out some way to represent my country, and I feel like this is the next best thing.

“It’s very exhilarating and exciting, and I love going out there, showing that I’m USA, and showing people that, hey, a lot of USA people are not that bad—look at Tamyra Mensah-Stock, she’s such a sweetheart, but when she gets on the mat, whoa, can she go!”

Mensah-Stock, who will be competing in her third World Cup, said she doesn’t feel added pressure by coming in this time as a world champion.

“Not pressure on myself, or even a little bit more pressure, but more ‘expectation,’” she said. “For me, that’s not really pressure. That’s just going out there and saying, hey, Tamyra, [in September] you proved yourself by winning a world title.

“It felt absolutely amazing. And people were already gunning after me to begin with. It’s not any different. I’m just going to go out there and prove I can work harder than ever. I just have to bring out the ‘other’ Tamyra Mensah-Stock.” 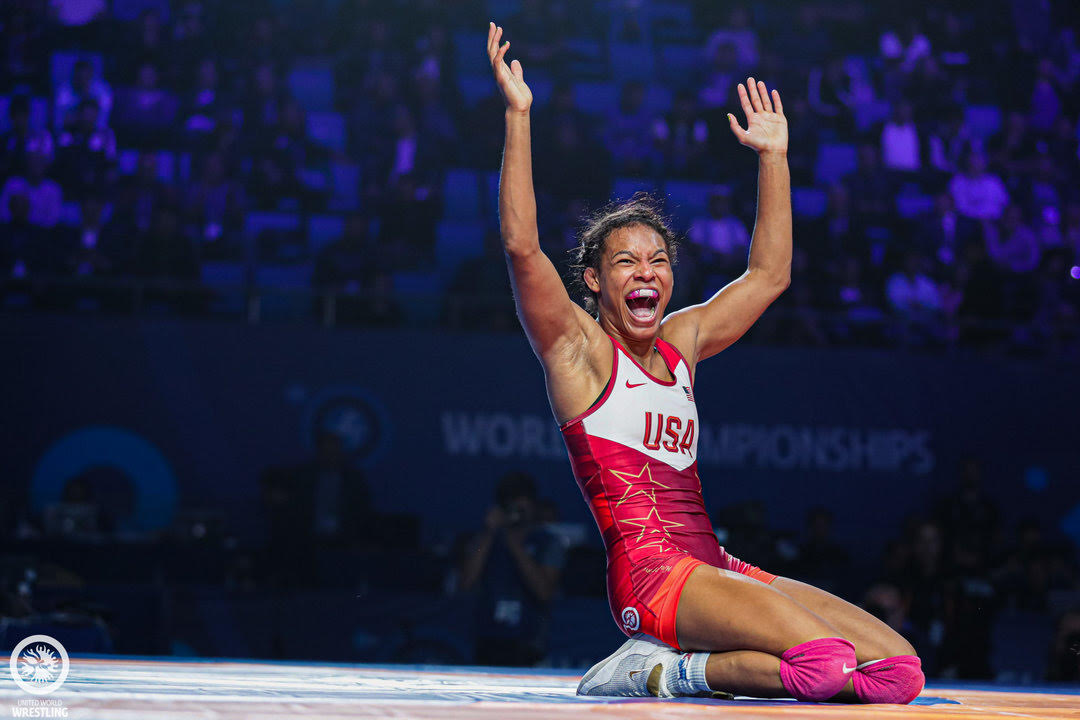 Jacarra WINCHESTER (USA), who won her first major medal when she took the gold in Nur-Sultan at 55kg, could face a showdown with bronze medalist Olga KHOROSHAVTSEVA (RUS). The Russian lost in the quarterfinals to Nanami IRIE (JPN), whom Winchester beat 5-3 in the final.

Another intriguing matchup could come at 76kg between Adeline GRAY (USA), who won her fifth world gold in Nur-Sultan, and Ekaterina BUKINA (RUS), the Rio 2016 bronze medalist who suffered a heartbreaking 6-6 loss in the first round to Epp MAEE (EST).

The effervescent Mensah-Stock also seems to serve as mood-maker for the U.S. team, and she sees it as her role of keeping the team on a even keel.

“I’m just going to cheer for my team and make sure they have the right mindset,” she said. “Because I feel I bring calmness and I help make it a little less stressful. I know some of the girls are feeling that stress, because for some of them, this is their first World Cup.