Women Wrestling World Cup starts from Saturday, All you want to know about Live Stream, teams, players and schedule 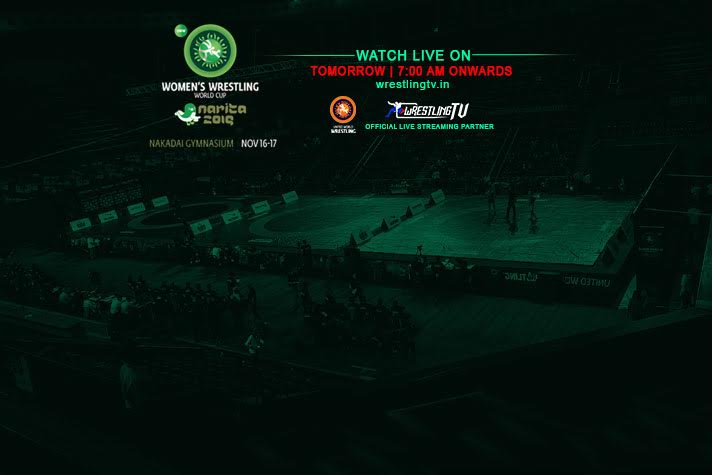 November 15, 2019 0Comments 959Views 0Likes
The 18th edition of the Women Wrestling World Cup is just few hours away. The 6 top teams of the wrestling world have already reached Narita, Japan to compete for the world cup trophy.
HISTORY of the Women World Cup
World no 1 Japan, no.2 Russia, no.3 USA all have reached Narita with their best talent force. The inaugural edition of the world cup was played in 2001 and won by Japan. Till date Japan stays the favorite to win the world title. No other country in the world has been able to break domination of Japan on the women wrestling
With 10 world titles overall & 5 consecutive since 2012, Japan will again start as favorites. China with 6 world cup titles is the second most successful nation in the world cup history. USA is the only other team which has won world cup trophy in 2003.
Also Read: Adeline Grey led USA team reaches Japan for world cup. Watch the first session video
Details of all the teams and players at the Women Wrestling World Cup
The Six teams are divided into two groups of 3 each. Indian girls failed to qualify for the world cup 2019. WrestlingTV will bring the entire action of the Women World Cup from Narita, Japan LIVE and Exclusive on WrestlingTV.in
Format of the Women World Cup in Japan
– 6 top ranked teams to participate
– Group A will have Japan / China / Ukraine
– Group B will have Russia / USA / Mongolia
– Each team will play other in their group over 10 weight classes
– Top team from each group will qualify for Finals
– 2nd ranked teams in each group will play for the bronze medal
– 3rd ranked team in each group will play for 5th-6th positions
Also Read:  Wrestling fans can catch Live Streaming, Highlights, News, Videos, Photos, Results and Rankings on WrestlingTV
The tournament schedule for the UWW Women World Cup
November 16th (Sat)
10: 30- Group A: Japan-Ukraine / Group B: Russia-Mongolia
12: 00- Group A: China-Ukraine / Group B: Russia-US
16: 30- Opening Ceremony
17:00 ~ Group A: Japan-China / Group B: USA-MongoliaSunday,
November 17 (Sun)
10:30  5-6th place final
13:00  3rd place final
14:30  FINALS
Where to watch the Women Wrestling World Cup – Narita, Japan
The Wrestling World Cup will be streamed LIVE on WrestlingTV.in. Fans in the Indian Sub-Continent can enjoy the LIVE action, news, reviews, videos, players interviews on WrestlingTV.in.
Why India is not participating in the Women Wrestling World Cup
Indian women wrestling team has not qualified for the world cup. Only top 6 teams in the world rankings at the recent world championships have qualified for the world cup in Narita, Japan. Despite of great run of Vinesh Phogat, Indian team finished 17th in the team rankings of the world championships, thus failed to qualify for the world cup starting in Narita, Japan from Saturday, 16th November.
Women Freestyle – Team Rankings
2018 Budapest – India finished at 8th place with 51 points
2019 Nur-Sultan – India is 17th with just 29 points
Also Read: Women World Cup : Kawai claims, Japan will win 5th consecutive title