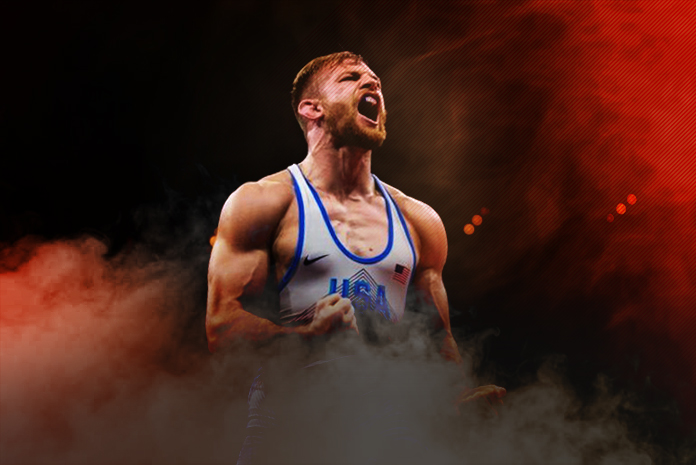 Wrestlers across the world now finally have a goal to work for as the countdown for the world wrestling championships begin. It will be the first international competition to be organised by United World Wrestling (UWW) since March due to the pandemic. The USA’s David Taylor on Monday announced that he is “ready” for it. He posted a video of him cycling and wrote “No music this morning. I just listened to the bike hum while I visualized my technique. I focus so clearly it feels real. World Championship in 2 months.. I’ll be ready!”.

Taylor missed the 2019 world championship due to an injury. He was the defending champion in the 86kg freestyle weight category. Iran’s Hassan Yazdani won the gold in Nur-Sultan and will be defending his title in Serbia. The worlds are scheduled from December 13 to 20 in Belgrade.

Both the wrestlers have met twice. On both occasions, Taylor beat his Iranian counterpart.

No music this morning. I just listened to the bike hum while I visualized my technique. I focus so clearly it feels real. World Championship in 2 months.. I’ll be ready! 🌍 🏆

Hassan was the crowd favourite in this match as the freestyle world cup was held in Iran. While it was an equally matched game, David Taylor managed to pin Hassan’s shoulder’s long enough to win the match by pinfall.

The duo met in the qualification round of the 86kg freestyle. Hassan had started strongly securing the early three-point lead. But Taylor was quick to cover ground and took two-points by takedown bring the score to 3-2. The Iran wrestler, however, continued to dominate the game and took three points via takedown and pushout. At the end of the first half, the score stood at 6-2 in Hassan’s favour.

Second-half of the bout, however, had a different story. Taylor went full throttle and scored nine points in three minutes to win the game 11-6. The US grappler eventually went on to become the 2018 World Champion.

Meanwhile, the US Federation is yet to make a final decision on whether they will participate in the event. They will wait for UWW’s executive meeting’s decision on November 6.