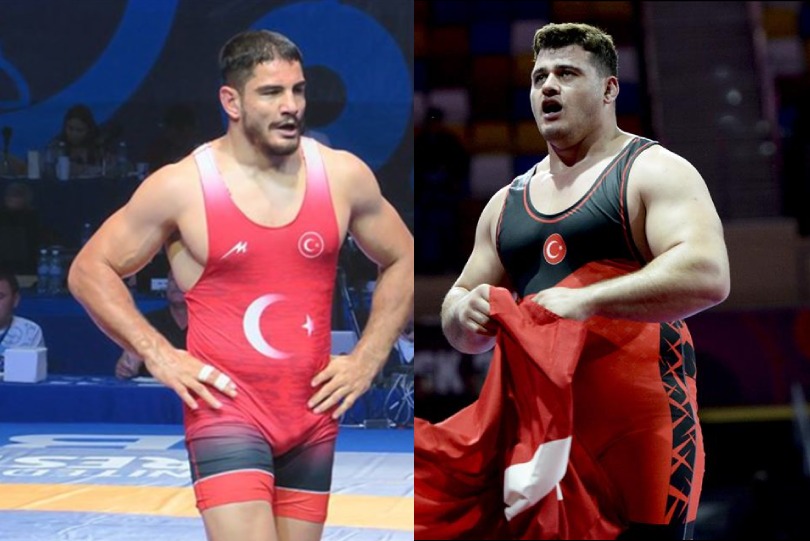 Wrestling News: World champion Riza Kayaalp and Olympic champion Taha Akhgul were awarded Sportsmen of the year in Turkey. The award ceremony was done online and the two joined the conference through video conferencing.

Minister Kasapoğlu of Turkey said, “The community of sports lovers, we are a family together. That is why the “Sports Giants Meet” is very important for this traditional award night. he spoke. “Every athlete is our favourite pupil. It is a very important duty and an honor for us to support all our athletes who represent our glorious flag proudly, to stand by them. ” he added.

A profile of both wrestlers:

Taha Akghul is an Olympic, World and European champion Turkish freestyle wrestler competing in the 125 kg division. He is a student of physical education and sports at the Karamanoğlu Mehmetbey University in Karaman.

Akgül took up wrestling in 2003 following his father and brother.[4] He won the gold medal at the 40th Yaşar Doğu International Wrestling Tournament held in 2012.[6] At the 2012 European Wrestling Championships held in Belgrade, Serbia, Taha Akgül became champion in his weight category. He is now considered the best active wrestler with Abdulrashid Sadulaev.

He qualified for the 2012 Olympics. He did not advance to the quarterfinal after losing to Bilyal Makhov from Russia in the round of 16. At the 2012 World University Wrestling Championships held in Kuortane, Finland, he became gold medallist in his weight class.

In 2014 and 2015 he won the world title in the 125 kg division. In 2014 he named as the Best Wrestler of the Year by the Turkish Wrestling Federation. He won a gold medal at the 2016 Olympics, defeating Komeil Ghasemi in the final.

-Riza Kayaalp:
Rıza Kayaalp is a four-times world and eight times European champion Turkish wrestler competing in the 120 kg division of Greco-Roman wrestling. Currently, he is a student of physical education and sports at Aksaray University.

He won a gold medal in Greco-Roman wrestling (men’s 120 kg division) at the 2009 Mediterranean Games. He is also a world champion, beating Mijaín López on the finals of the 2011 World Wrestling Championships in Istanbul, Turkey.

He was the flag bearer of Turkey at the opening ceremony of the 2013 Mediterranean Games held on June 20 in Mersin.